Home National Stunned veteran reporter: 'I would be lying ... if I said I...
Support progressive journalism.
Donate today 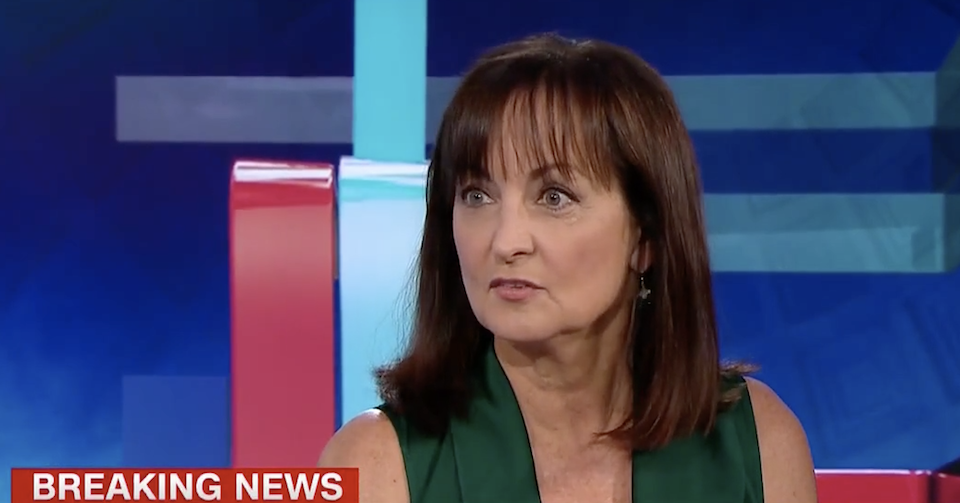 That may be the best way to describe the collective response to Tuesday's chaotic scandal developments, with Donald Trump Jr. being forced to release a 2016 email chain that confirmed he met with a “Russian government” attorney last June under the guise of obtaining damaging information about Hillary Clinton.

On CNN’s “Inside Politics" with Dana Bash, Jackie Calmes, a veteran political reporter for the Los Angeles Times, expressed the collective bewilderment of many when she said, “I would be lying to you if I said I could explain almost any of this."

BASH: So are they just not talking to each other? The lawyers — did he not talk to Donald Trump, Jr.'s attorney and know that these emails were even out there?

CALMES: The level of — it's either incompetence or malpractice, and I don't think any of us really know for sure. It's a complete mystery. I would be lying to you if I said I could explain almost any of this.

BASH: You've covered Washington and politics for a few years. Have you seen anything, anything like this? Because you know, Jeff was talking about the fact that they got out ahead of the story by releasing these emails themselves. I mean, getting out ahead of the story a month, a year and a month after the meeting was held and a year after this investigation began, you know, not so sure how ahead they got.

CALMES: Well, I'm sure at CNN, it's already beginning. That you're going back over your clips for the past year, a year in which everyone from Donald Trump on down has not only denied all these, but denied it vehemently and attacked the media who was asking about it for pursuing "fake news." Donald Trump, Jr.'s emails here have Jared Kushner's name and Paul Manafort's name in them and communications with them — that's not fake news. So now that they're going to be confronted with a year's worth of clips and quotes, their credibility, which was already dangerously low, is just about shot.

On Capital Hill, Rep. Eilijah Cummings, ranking member of the House Oversight Committee who has been a fierce critic of the Trump campaign's Russia connection, released a powerful statement.

"This is a sad day for our country," he said. "Our country has a fundamental principle that a foreign adversary should not and cannot interfere with our sacred elections, period."

After days of denying the meeting was of any importance — Trump Jr. dismissed it as “nonsense” — and denying that Jared Kushner and Paul Manafort knew why the meeting was held, the various Trump team cover stories were demolished by the release of the emails.

They clearly spell out that Trump’s son-in-law and his campaign manager were aware of the Russian government connection when they attended the June 6 meeting last year.

All of this, punctuated by the fact that the conspiracy was memorialized in emails, has Beltway players scratching their heads. They seem perplexed by the idea that an American presidential campaign would meet with a foreign adversary in search of political dirt. And they’re amazed at how many falsehoods Trump advisers have told for months about their contacts with Russia during the campaign.