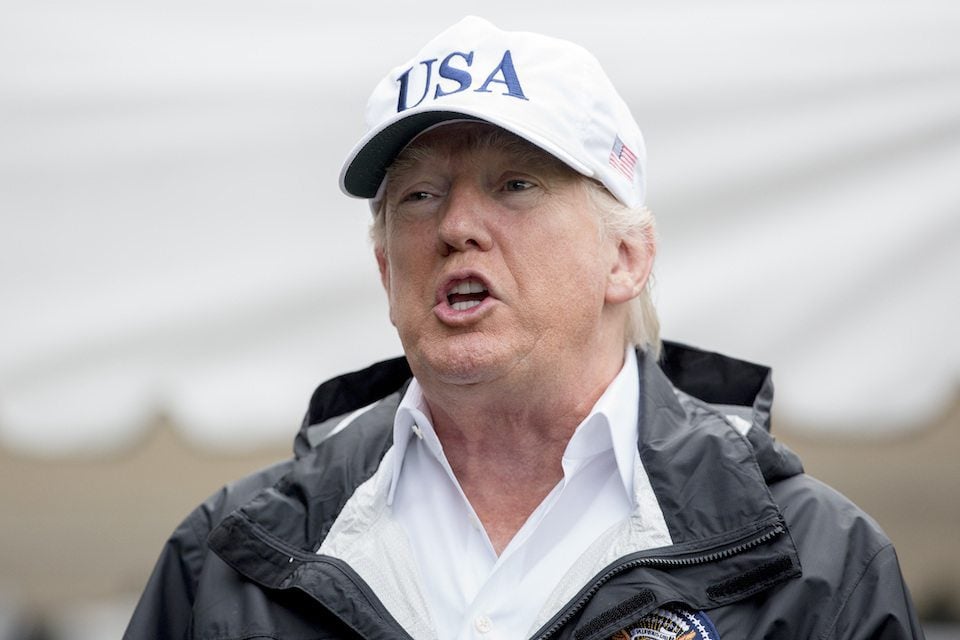 Tone deaf as usual, Trump uses his Florida visit to brag about his administration's response and downplays the lives lost in Hurricane Irma.

As part of his tone-deaf self-congratulation, Trump seemed to dismiss the number of hurricane casualties, saying the final number was so “very small."

At least 33 storm-related deaths have been reported on the U.S. mainland. The damage estimates run as high as $100 billion.

TRUMP: It was such a small number that nobody would have — people thought thousands and thousands of people may have had their lives ended. And the number is a very small number, which is a great tribute to you."

Trump’s relentless happy talk about the storm on Thursday doesn’t match the grave situation on the ground, as Florida struggles with the storm’s fallout.

“About 2.7 million utility customers are still without power in the state Thursday,"CNN reports. "Parts of central and southern Florida will be a sweltering 90 degrees for several days, with humidity making it feel like the mid-90s.”

But of course Trump for the last two weeks has been using deadly, historic storms as props to advance his political and personal agenda. In the wake of Hurricane Harvey, Trump treated his visit to Texas like a campaign rally and even bragged about the number of people who showed up to see him.

Keep in mind that as Trump brags about how great the federal government is doing responding to the hurricane, his proposed budget earlier this year requested a massive cut to FEMA’s disaster relief fund — the same fund now being used to help Florida residents. Trump wanted to huge cut to help pay for the wall he wants to build along the U.S. Mexico border. The wall he promised Mexico would pay for.