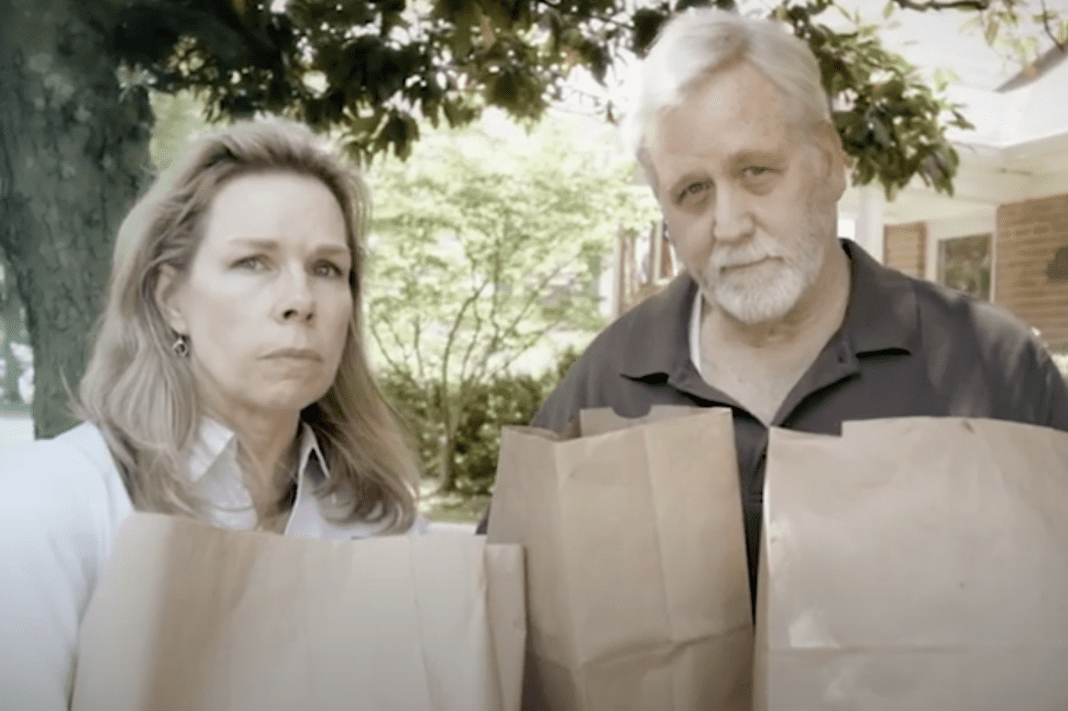 A screenshot from a new campaign ad produced by the anti-abortion super PAC Women Speak Out. Women Speak Out PAC/YouTube
Get The American Independent in your inbox

A new ad released by the anti-abortion Women Speak Out super PAC on Wednesday makes a litany of attacks on incumbent Democratic Sen. Catherine Cortez Masto of Nevada. Every single one is false.

Cortez Masto is locked in a close reelection race against Republican Adam Laxalt, a former Nevada attorney general, who claims to "value, support and defend life at all stages."

Women Speak Out, which is affiliated with the anti-abortion group Susan B. Anthony Pro-Life America (formerly Susan B. Anthony List), says its purpose is "amplifying the voices of women opposed to abortion extremists in Congress."

But despite the group's overt anti-abortion focus, its 30-second spot begins by suggesting that Cortez Masto's priorities do not align with those of her constituents. "Nevada families want politicians to work together and get the economy back on track," a narrator says. "Career politician Catherine Cortez Masto has a different priority: more abortions."

The Nevada Independent reported in August that, according to polling of Nevada registered voters conducted by OH Predictive Insights, abortion ranks second only to the economy among the issues most motivating them to vote, in the wake of the U.S. Supreme Court's ruling in Dobbs v. Jackson Women's Health Organization in June that overturned the constitutional right to abortion. The poll found 92% of respondents "said they see at least some circumstances where abortion should be legal, with only 8 percent indicating it should be illegal in all circumstances."

As the campaign ad continues with large-text phrases such as "Abortion on demand up until birth" and images of a crying baby, the narrator makes the false assertion: "Cortez Masto authored an extreme bill that would legalize abortion on demand, up to the moment of birth, at taxpayer expense. Cortez Masto's bill would even allow late-term abortions, when unborn babies can feel excruciating pain. It's horrific."

The group sources its claims about the "extreme bill" to a House of Representatives roll call vote on the Women's Health Protection Act of 2021, introduced by Rep. Judy Chu (D-CA). Cortez Masto, who serves in the Senate, had no say on that vote. She is a co-sponsor of the Senate's version of the bill, not its author. Other claims in the ad, such as that Cortez Masto supports abortions at a point in pregnancy when "babies can feel excruciating pain," are sourced to the right-wing Heritage Foundation, apparently to a May commentary that makes no mention of it.

"Reproductive rights are under attack all across the country, and it's vital that we protect women's access to a full range of health care services," Cortez Masto said in a June 2021 press release announcing her support for the Senate bill. "Nevadans have made tremendous progress in protecting reproductive rights, including abortion, and we need to make sure every American has the same protections."

As media fact-checkers have noted, the Women's Health Protection Act would codify the right to choose an abortion up until the time a fetus is viable to live on its own outside the uterus — the standard established in the 1973 Supreme Court ruling in Roe v. Wade. It expressly would permit limits to abortion after the point of viability, as long as they included exceptions for cases when the pregnancy poses a serious health risk to the patient. Abortions later in pregnancy are quite rare.

Nothing in the proposed legislation would require taxpayer funding of the procedure.

Abortion opponents frequently make the debunked claim that fetuses can feel pain weeks into a pregnancy. But according to the American College of Obstetricians and Gynecologists, "The science conclusively establishes that a human fetus does not have the capacity to experience pain until after at least 24–25 weeks," which would fall after the viability point in the bill.

Cortez Masto's opponent in the November election, Laxalt, has a long history of fighting against abortion rights. He been endorsed in the race as a "champion for life" and a "leader who courageously fights for the rights of the unborn" by Nevada Right to Life and National Right to Life, two organizations that work to prohibit abortion, and attended the Nevada group's May gala.

Laxalt has downplayed his abortion views, initially omitting the anti-abortion groups' endorsements from his campaign website, dodging discussion of proposed federal abortion bans, and claiming the issue as "settled law" in Nevada.

Cortez Masto has been endorsed for reelection by both NARAL Pro-Choice America and the Planned Parenthood Action Fund.