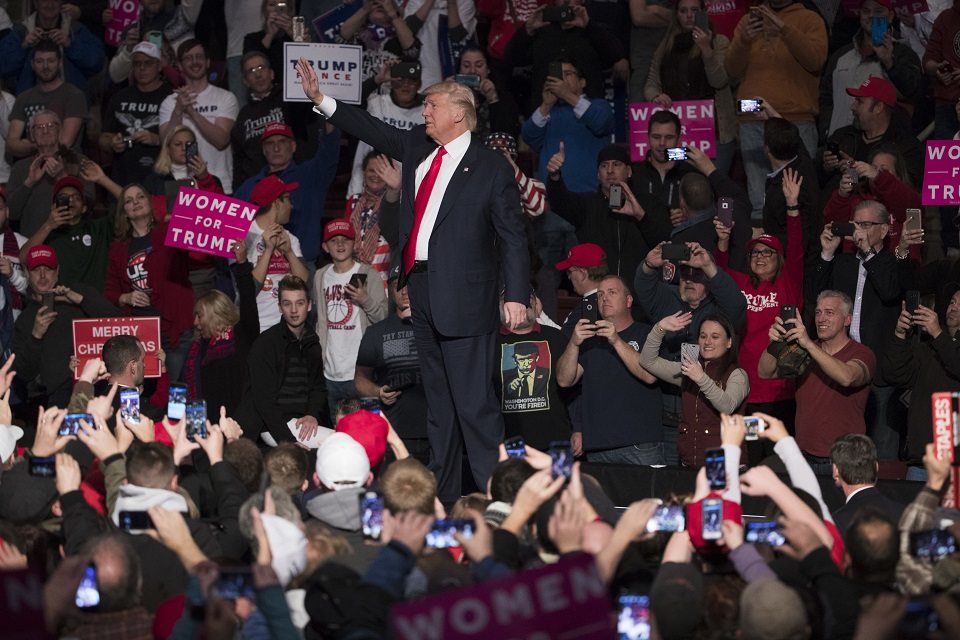 A new poll from the Pew Research Center reveals that a shockingly low percentage of Republican voters believe in the fundamental ideals enshrined in the First Amendment to the Constitution.

Donald Trump has taken numerous actions to limit civil rights and civil liberties. From revoking people's visas based on their religion, to letting states block minorities from voting, to banning news outlets from his press functions, if he dislikes their coverage of him and his many scandals.

Trump has all the makings of an authoritarian leader.

And recent polls suggest much of the Republican Party voter base shares his contempt for basic constitutional rights. A new survey from Pew Research Center found astonishingly low support for several First Amendment protections among people who identify or lean GOP:

Only two-thirds of Republican voters believe that "the rights of people with unpopular views are protected" or that "people have the right to nonviolent protest." And fewer than half of them believe that "news organizations are free to criticize political leaders."

Another Pew poll back in October, before the election, found very similar results among registered Republican voters:

And these attitudes among the voters are reflected in numerous attempts by Republican politicians around the country to suppress these very same rights.

In Iowa, a GOP state senator introduced a bill that would require state universities to check if professors are registered Republicans before hiring them, limiting their freedom of speech. Republicans in the Arizona state senate passed a bill that could declare peaceful protesters guilty of "riot" and "racketeering". And Trump himself said multiple times during the election that he would like to "open up libel laws" so he can sue journalists for criticizing him.

The First Amendment guarantees some of America's most fundamental rights. There have always been been debates on what the Amendment does and does not cover, but the idea that members of a governing political party — as well as a significant percentage of that party's supporters — are not committed to basic freedoms of expression and dissent is notably disturbing, and patently un-American.