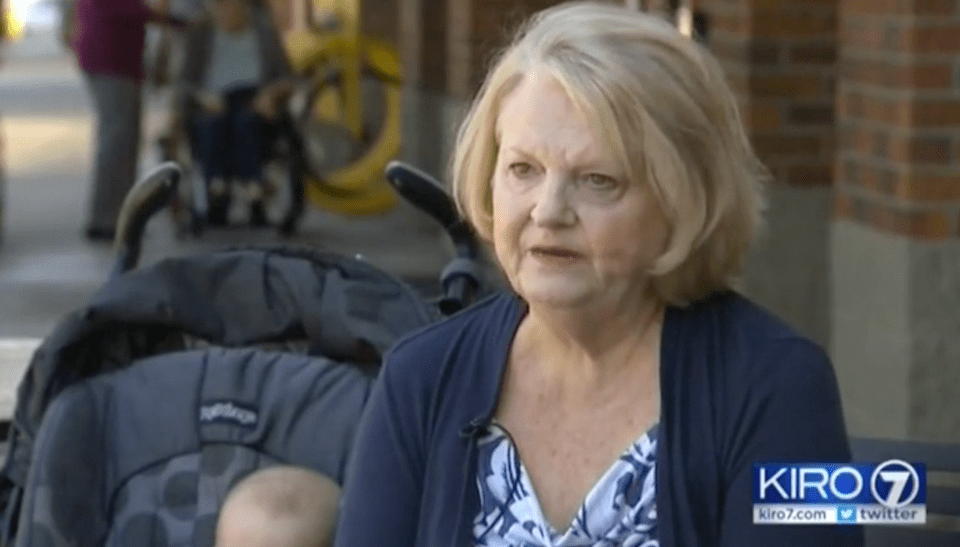 KIRO7
Get The American Independent in your inbox

As the Republican bill to repeal Obamacare moves to the Senate after passing in the House, it is crucial to listen to the voices of those who would be most devastatingly affected by the plan's implementation. All you have to do is turn on the local news.

House Republicans may have been too busy laughing it up in the Rose Garden with Donald Trump and Mike Pence, or knocking back beers in celebration, to have spent much time thinking about the untold harm they are attempting to deliver to millions of Americans.

But with the GOP's bill to repeal and ostensibly replace the Affordable Care Act having passed in the House, and now moving on to the Senate — where, thankfully, it faces much steeper odds — it is imperative to remember that this is more than political machinations or a finally realized dream to dismantle one of President Barack Obama's biggest achievements.

The impact of repealing Obamacare cannot, nor should not, be measured in charts and dollar amounts, or political and media buzzwords, alone. Those words and numbers represent actual human beings, people who have already suffered the physical and mental anguish of chronic and costly illness, and who may now be looking ahead to even more harrowing times.

Cancer does not discriminate; no matter your background, your life choices, or your bank account, each of us is susceptible to the ravages of cancer. And surely none of us would want to face such an ordeal while also having to worry about the financial bottom line.

And many Americans who could potentially be thrown into just such a nightmare are speaking out on local newscasts across the country about what they — and any one of us — may encounter if the Republican Party has its way.

HELEN SCHROOT: I could lose my home. We can't pay our insurance bills because we have pre-existing — I'm a cancer survivor.

EUNICE HOSTETTER: I have to tell you that I'm almost as upset as the day that I was told I have cancer.

CHRISTINE KIRAZES: I had 12 rounds of chemotherapy, two surgeries.

SULLIVAN: It won’t take care of the need that's out there.

KIRAZES: Going to put my family in a tough spot. We're going to have to think about things we hoped we wouldn’t have had to think about.

HOSTETTER: We currently lose over half a million Americans every year to cancer. Without affordable, adequate health care, I think that number is only going to grow.

KIRAZES: I would be potentially denied screenings, potentially denied, you know, certain treatments, or I'd be put into a high-risk pool where I couldn’t afford them. I don’t even know what that could mean to me, financially, as I’m just trying to build my life now. I’m only 35 years old.

HOSTETTER: The last thing that cancer patients need to worry about is having health care coverage and the potential of bankruptcy.

SPIKE DOLOMITE WARD: I am a pre-existing condition.

REPORTER: Spike Dolomite Ward says in 2011 she was diagnosed with cancer and didn’t have health insurance.

WARD: It is like the Earth just opens up and you fall right through to the center of the Earth. What are you going to do?

JOE COCKRELL: If Obamacare is repealed without a replacement that's going to contain costs, I have no other option than to go back to, you know, corporate life and try to find a full-time job.

SUSIE CLAYTON: Do what you can to improve it, but don’t take this away to so many people that will lose everything.

REPORTER: Barbara Amadore made a passionate plea after her husband died from prostate cancer last year, leaving her to care for her autistic son.

BARBARA AMADORE: It still affects everyone’s lives. Not just me, not just the people standing here. And we need him to vote no, we want Darrell Issa to fight for health care for everyone that lives in his district, because it is people's lives.

My grandmother, Lily, passed away in 2012 after nearly 10 years of ever-worsening treatments for lung cancer. She was fortunate: Her cancer was caught extremely early, and she had strong, reliable health insurance and a terrific medical team. For a long time after her diagnosis, her life proceeded much as it had before.

But in her final couple of years, every single day grew more taxing and less bearable. Her pain and discomfort increased, and her ability to enjoy life diminished. Even with the best care one could ask for, the end stages of a terminal cancer diagnosis are a hell that one would not wish on their worst enemy.

Yet the Republican Party, led down this cruel path by Trump, Pence, and the personification of callousness that is House Speaker Paul Ryan, seem eager to visit it upon millions of their fellow Americans, in order to make their rich friends even richer.

Whether or not they succeed, though, they may not have long to reflect on their actions from the comfort of their Congressional offices.

(Tommy Christopher created the video for this post based on local newscasts from across the country following the House vote to repeal Obamacare.)