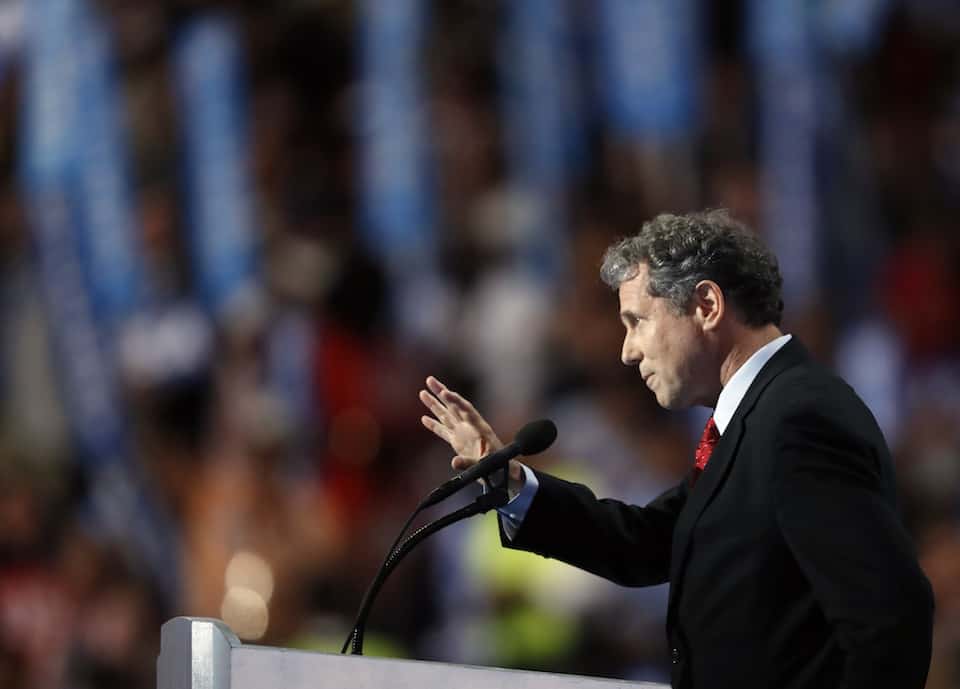 The Democratic senator from Ohio is raking in campaign funds for his reelection bid in 2018, as he continues to fight the Trump agenda.

The Senate map in 2018 poses a massive challenge for Democrats, who have to defend 24 seats to Republicans' 10. But already, one Democratic senator is building up a huge war chest to fight off a GOP challenge.

Senator Sherrod Brown (D-OH) is reporting a fundraising haul of $2.4 million in the first quarter of 2017 — the largest amount he has ever raised outside an election year. He now has $5 million on hand in total — a testament to his wholehearted embrace of the resistance and his high profile in the fight against Donald Trump.

Brown led the charge against Trump's nomination of Judge Neil Gorsuch to the Supreme Court, proclaiming that Republicans are "being rewarded for stealing a Supreme Court Justice," and went after Gorsuch "because he subscribes to the theory that corporations are people."

Brown also held the line against the confirmation of Attorney General Jeff Sessions, and led a Democratic boycott against cabinet nominees Steven Mnuchin and Tom Price for lying to the Senate Finance Committee about their business and investment practices — which only ended when Republicans suspended committee rules to ram them through.

His likely Republican opponent will be Ohio state treasurer Josh Mandel, a Tea Partier who is already recruiting for his campaign. Mandel also ran against Brown in 2012, during which he bombarded the airwaves with a series of ridiculous lies, including claims that Brown was urging protestors to defecate on cop cars, that Brown was one of the "main" people responsible for outsourcing, and that the Affordable Care Act "will likely go down as the biggest tax increase in history."

Despite outspending Brown by $5 million, Mandel lost that election by six points. This time around, Mandel is off to an even rockier start, with his super PAC raising only $320,000 and questions arising about his unusual financial partnership with Tea Party organizer FreedomWorks PAC.

In the Trump era, progressive champions like Sherrod Brown are needed more than ever. Brown's gigantic fundraising haul is welcome news, and validation of his unflinching commitment to fight for the American people.