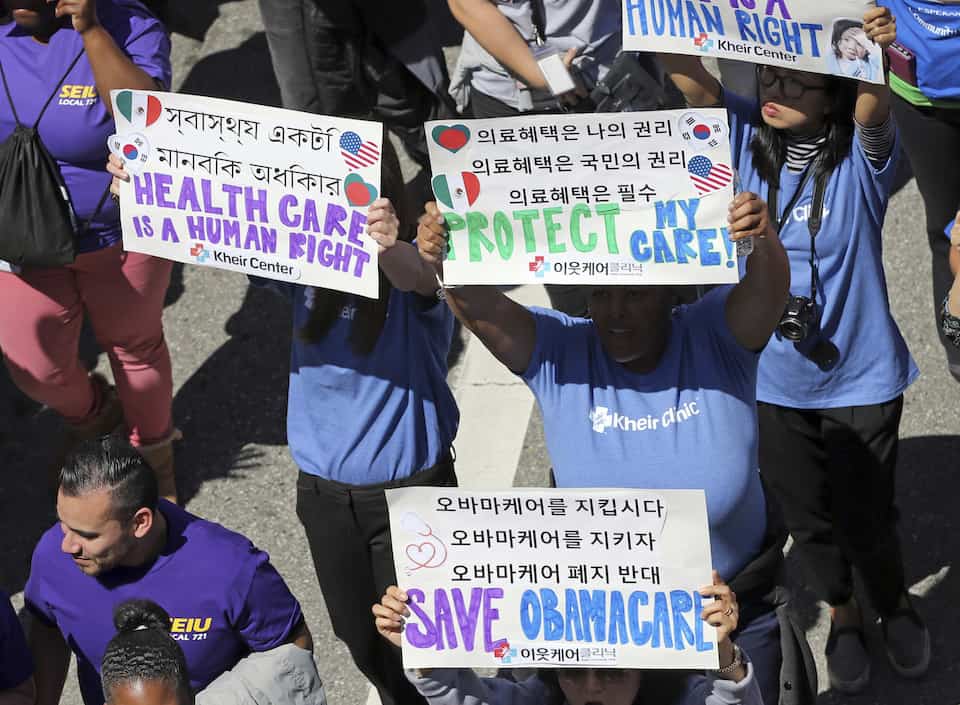 The Republican Party's continued assault on Obamacare and the American social safety net will create not only a preventable humanitarian crisis, but a more fiercely sustained resistance movement.

When I awoke to the shocking results of the 2016 election on the morning of November 9, the first pangs of despair I felt were for the imperiled fate of Obamacare in the hands of Donald Trump and the Republican Party.

As a physician, I was immediately worried not only about my job security, but also the health and well-being of my underserved patients who require our social safety net to survive.

As a Texan, I was dismayed by the guarantee of exacerbation of a pre-existing health care crisis that hasn’t even been given a fighting chance of mitigation by Obamacare, due to spiteful Republican intransigence on Medicaid expansion.

As an American, I continue to be appalled at the sheer inhumanity and indignity of a country as wealthy as ours still refusing to adopt the universal health care solutions that the rest of the industrialized world has enjoyed for decades.

And as a dedicated activist, I remain determined to keep fighting until health care finally becomes a civil right, rather than an expensive privilege.

I completed my medical school training, and continue to make my living treating patients, in the one of the most uninsured counties in America. As such, my experience on the front lines of what can accurately be called a humanitarian disaster has made it painfully clear to me that the Republicans who run my state (and now our country) have no intention of solving the actual problems or saving any lives.

They intend to cut almost a trillion dollars from Medicaid as a means of giving unnecessary tax breaks to the wealthiest among us, while offering nothing but a cold shoulder and an arrest by Capitol Hill police to the disabled Americans who will be amongst those most detrimentally affected by Republican greed and malfeasance.

They repeatedly offer up emergency rooms as a contingency plan for the people they’re robbing of coverage, as if it isn’t already a well documented fact that this is both a costly and ineffective means of delivering primary and preventative care services.

The GOP continually demonstrates a callous lack of empathy and regard for Americans of all ages and walks of life who need and deserve affordable, quality, readily accessible medical treatment.

Indeed, they have officially abandoned all pretense of compassionate conservatism, and embraced the death panels from their wildest dreams instead.

Though very little in life is certain, whether it’s childbirth, seasonal flu, cancer, asthma, or diabetes, as human beings we are inescapably susceptible to a myriad of medical conditions that require access to reliable healthcare. This is true whether we're rich or poor, young or old, a woman or a man, a Republican or a Democrat.

This is also true whether or not Trump and his party choose to adequately fund our social safety net and work to improve, not destroy Obamacare. Our humanity, morbidity, and mortality won't cease to exist simply because they refuse to acknowledge reality. It is assured that their persistence in promoting the worst excesses of corporate greed instead of the general welfare will only result in a recurrence of the preventable crisis that necessitated passage of Obamacare in the first place.

They are frantically conspiring to pass an unmistakably unpopular bill that leaves 23 million Americans without coverage, while simultaneously galvanizing the resistance in an all too familiar fight that we’ve repeatedly won before.

This is a battle we shouldn't have to still be fighting, but we will keep doing so like our lives depended on it — because when it comes to our health care system and democracy, they most certainly do.