Home National Taxpayers are shelling out $359,555 for white nationalists to work in the...
Support progressive journalism.
Donate today 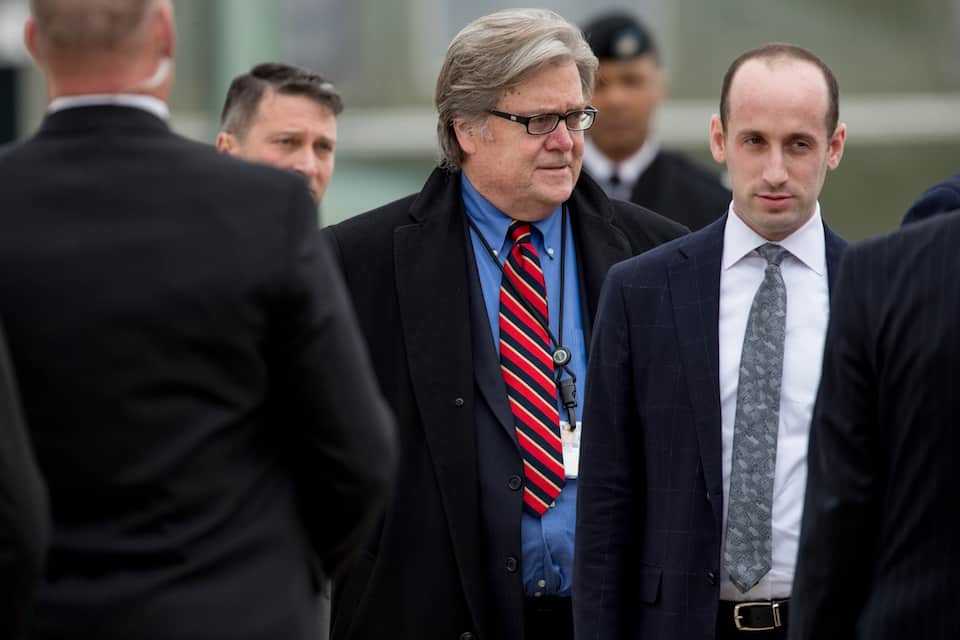 A breakdown of White House salaries was released late Friday afternoon, detailing the number of taxpayer dollars that pay the salaries of the known white nationalists Donald Trump chooses to employ, including Steve Bannon, Stephen Miller, and Sebastian Gorka.

Bannon, architect of the "alt right" movement promoting white male supremacy that propelled Trump to the White House, was tapped by Trump as his Chief Strategist, occupying the highest levels of access and influence within the White House. Bannon receives $179,700 from the American public to hold this position.

But that's not the only source of influence for Bannon, who received special dispensation to continue running his white nationalist website from within the White House.

Senior Policy Advisor Stephen Miller is another holdover from Trump's racist campaign who has known ties to avowed white nationalists and is viewed by them as an ally in the movement.  Miller is also paid $179,700 from taxpayers for his work delivering Trump's message, including the famously despotic declaration that Trump's power "will not be questioned."

Bannon and Miller are regularly cited as leaders on the most xenophobic and authoritarian pieces of Trump's agenda, including the unconstitutional Muslim ban.

Rounding up the total is Sebastian Gorka, an actual Nazi sympathizer and member of the Hungarian far-right group known as Vitézi Rend, which was established by the anti-Semitic leader of Hungary who collaborated with the Nazis during World War II.

Gorka wore the medal of the Vitézi Rend to Trump's sparsely attended inauguration.

Sebastian Gorka is paid $155,000 to serve as Trump's Deputy Assistant and Strategist, a title he almost lost when his Nazi ties became public -- before intervention from Bannon saved his job and his taxpayer salary.

That brings our total to $359,555 in taxpayer dollars being funneled to men we know are advocating a white supremacist agenda within the White House walls.

Palace intrigue stories regularly swirl about possible ousters as each man comes under fire for his extremist beliefs. But in the end these men are known quantities -- known to the press, known to the American public, and known to the man who hired them. Which means we don't get to solve the problem of Americans paying white supremacist salaries until Donald Trump stops collecting his.