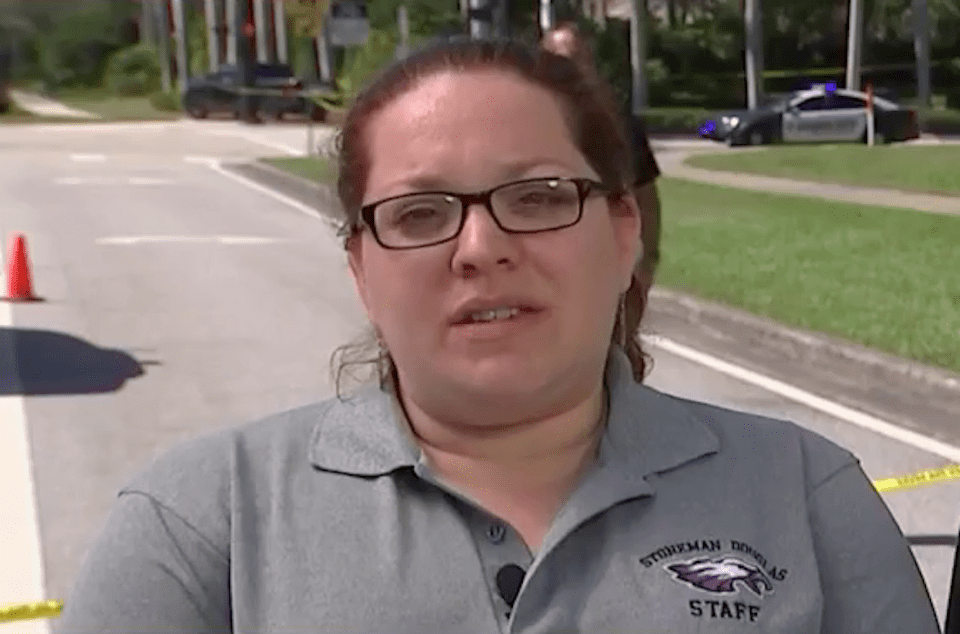 “We need to do things to keep regular American citizens safe.”

There's an unmistakable message resonating from Parkland, Florida, after the normally idyllic community was devastated by America's latest school shooting on Wednesday.

And that message coming from students, teachers, and parents is simple: Do something.

Sending a stinging directive to Republicans and Trump, the survivors are demanding that politicians break their chains of loyalty to the NRA and start acting in the interesting of everyday Americans — to help protect everyday Americans from the unique epidemic of gun violence that grips this country.

Interviewed on MSNBC, Sarah Lerner, a teacher from Marjory Stoneman Douglas High School, was asked what she would say to Trump if she were given a chance in the wake of this week's mass murder.

"I would tell him he needs to do more to protect us and our schools. To protect our students, to make me feel safe now that something like this has happened," said Lerner.

"Enough with catering to the NRA. We need to do things to keep regular American citizens safe," she stressed.

There's little doubt that Trump is repaying the NRA for the massive financial support they gave his 2016 campaign.

Last year, Trump’s Justice Department purged tens of thousands of people who had previously been labeled fugitives from the FBI's background check system. Trump is working with Republicans to make it easier for consumers to buy silencers for their guns.

And Republicans in the House recently voted to pass a radical, NRA-sanctioned and Trump-approved bill that would allow people to carry concealed weapons in any of the 50 states, even if local state law forbids carrying concealed guns.

Trump's gun agenda is dictating entirely by the NRA, and that makes it impossible for him to protect Americans.