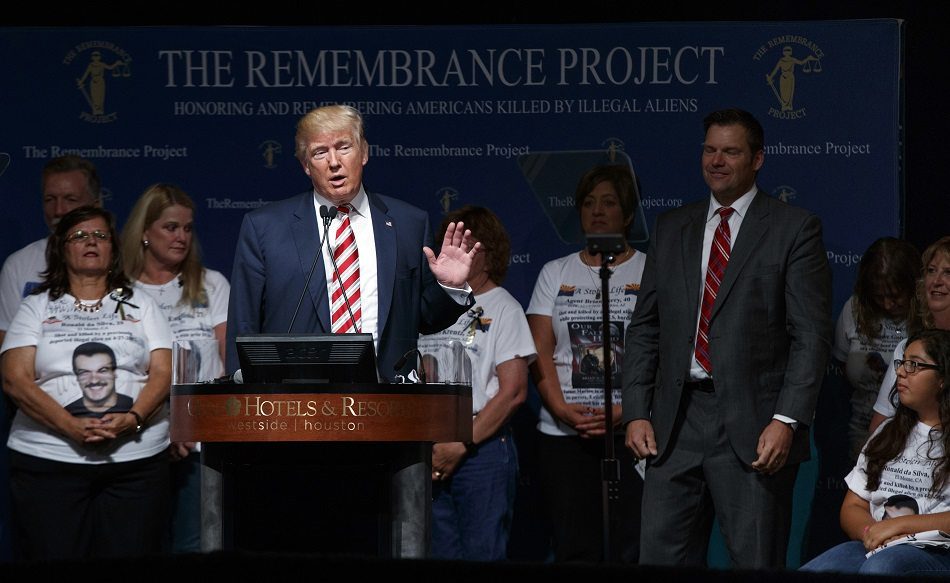 Despite his claim that he "condemns" white nationalism, President-elect Donald Trump is populating his administration with people who have direct links or associations with white supremacist groups. It is imperative that the media pay careful attention to this.

In an interview with New York Times reporters this week, President-elect Donald Trump announced that he "condemns" the white nationalists who have been celebrating his election. But many of the people Trump is bringing into his administration have connections to key players in the white nationalist community.

Senator Jeff Sessions (R-AL), Trump's pick for attorney general, regularly attends conferences hosted by the Federation for American Immigration Reform (FAIR), which the Southern Poverty Law Center (SPLC) identifies as a hate group. The SPLC reports that, in 2007, Sessions was the keynote speaker at FAIR’s advisory board meeting. FAIR's founder, John Tanton, is an avowed white nationalist who opposes nonwhite immigration and once wrote, "I've come to the point of view that for European-American society and culture to persist requires a European-American majority, and a clear one at that."

Reince Priebus, the Republican National Committee chair Trump has hired as his White House chief of staff, has appeared on American Family Radio's Washington Watch, hosted by Tony Perkins, president of the Family Research Council. Perkins has spoken at a meeting of the Council of Conservative Citizens, whose mission statement details opposition "to mix the races of mankind...and to force the integration of the races." Perkins was also fined by the FEC for trying to cloak the purchase of David Duke's mailing list.

Kansas Secretary of State Kris Kobach, whom Trump is considering for a high-level national security position, last month attended a "writers' workshop" hosted by The Social Contract Press, a publishing house also owned by Tanton which publishes work by racial eugenicists and Holocaust deniers. Kobach has also served as a lawyer for the legal arm of FAIR.

Gary Berntsen, a political advisor to the Trump campaign, has appeared on the "pro-white" radio show The Political Cesspool, along with Donald Trump Jr. and at least four Trump-supporting Republican congressmen. The show host, James Edwards, is a Tennessee-based white nationalist and a close friend of Duke. Edwards has declared that "interracial sex is white genocide," that slavery was "the greatest thing that ever happened" to Black people in America, and once wrote an article headlined, "MLK's Dream Is Our Nightmare."

Another Trump advisor, Joseph Schmitz, boasted that his signature accomplishment as Inspector General of the Department of Defense was that he "fired the Jews." His father was a California state legislator with ties to the extremist John Birch Society.

And Trump himself gave an address to the Remembrance Project, a nativist group whose founder has ties to the Council of Conservative Citizens.

Taken all together, it is impossible to dismiss these connections as an accident or a coincidence, and they certainly belie his claim that he condemns racially-fueled harassment and violence done in his name.

At every opportunity, Trump has given, or considered to give, high-level government positions to people with ties to white supremacy. In doing so, he has brought the views of overtly racist activists into the mainstream, and is attempting to normalize their bigotry.