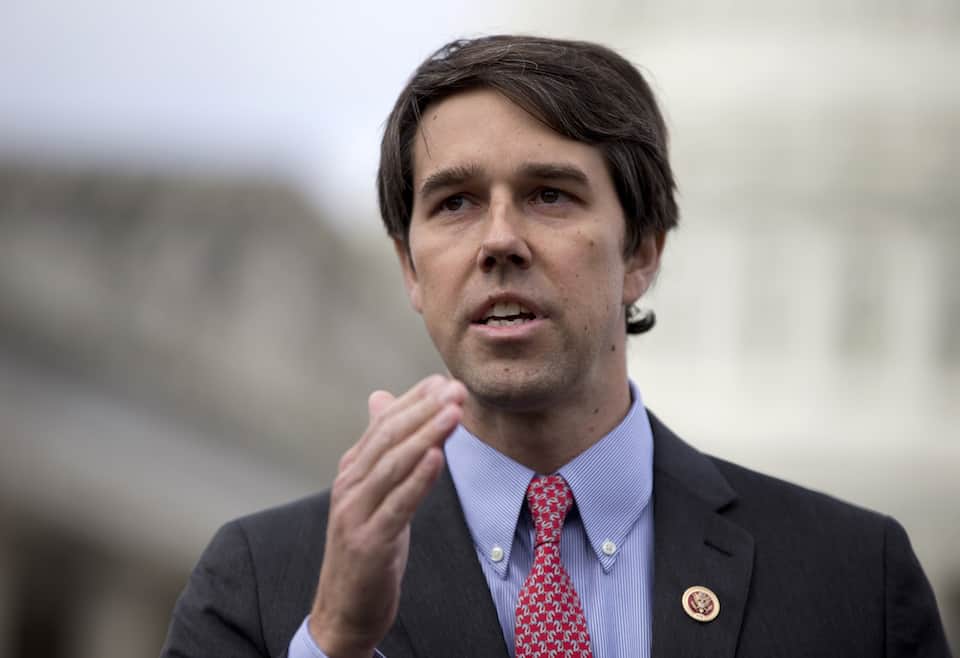 Republican Senator Ted Cruz might have a real fight on his hands. There's a Democratic challenger in Texas and the red state resistance to Donald Trump and the GOP is picking up steam.

Senator Ted Cruz (R-TX) now has a Democratic challenger in the 2018 Senate race in Texas, after Rep. Beto O'Rourke announced that he would step up to the plate.

O'Rourke is a three-term congressman from El Paso, and as the Wall Street Journal notes, "His entry in the race against a heavily favored incumbent is the latest sign Democrats feel emboldened under GOP President Donald Trump."

O'Rourke's announcement follows the grassroots energy that has turned Jon Ossoff's race for the Georgia Congressional seat formerly held by Health and Human Services Secretary Tom Price into a national contest, where the National Republican Congressional Committee is now running advertising to try to hold on to a seat Republicans have occupied for nearly 40 years.

O'Rourke is making it clear that his fight is about keeping Donald Trump's destructive impulses in check, telling the Journal, "If you want to take back the Senate, if you want to provide a check on this president, if you don’t want to wait until 2020 to restore this balance to our government then you’ve got to do it in 2018 and it’s got to be through Texas."

And he told the Texas Tribune that he and his wife, Amy, watched with horror on election night as Trump won. "It was Amy who said, 'I think you should go see if you can’t do something that’s more effective than what you’re doing now.'"

While Trump did win Texas in the 2016 election, his 52 percent of the vote in that state was a 5 percent drop-off from Mitt Romney in 2012. Hillary Clinton, by contrast, improved on President Obama's performance in Texas by nearly 2 percent.

There are increasing signs that Trump's tremendous unpopularity could quickly extend to the entire Republican Party, and combined with increased Democratic turnout could lead to unexpected losses for the GOP, who refuse to engage in serious oversight of his presidency.

It has been a long time since Texas had a Democratic senator, and O'Rourke's race has been characterized as a "long shot." But in the right situation and with favorable conditions, sometimes those long shots win.