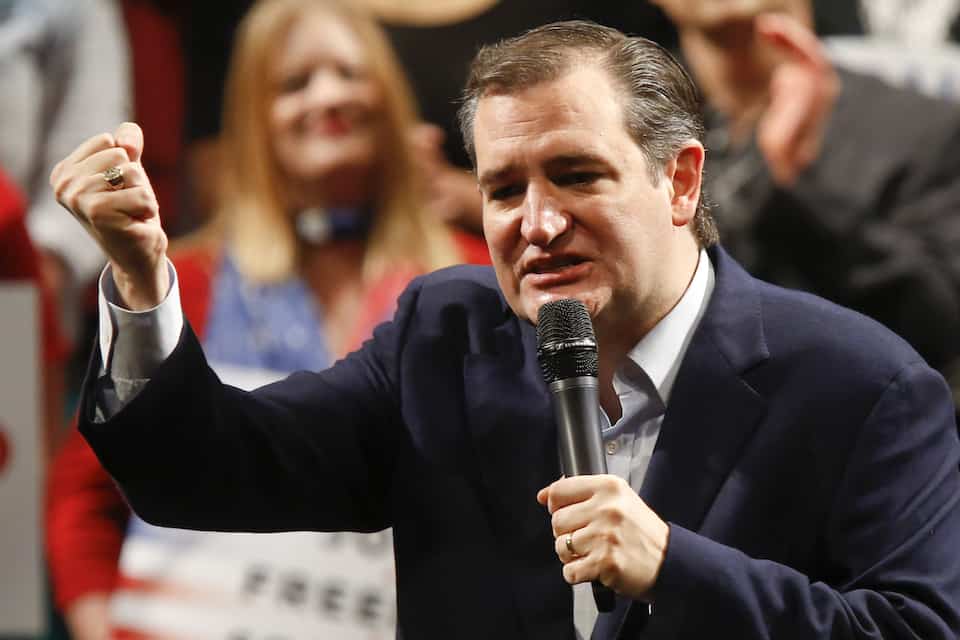 Texans had a powerful message for their unpopular senator Ted Cruz and his party's very unpopular health care repeal bill.

Sen. Ted Cruz is not a popular man, even in his home state of Texas. And his Republican Party's health care repeal bill is also not popular there either.

Cruz was one of the few Republicans to actually venture out in public during the Fourth of July recess. But what he found at a celebration in McAllen, Texas, was not exactly a warm welcome.

Cruz was barely able to deliver his speech over the constant sound of the protesters who interrupted him and waved signs reading "Ted wants us dead," and "Cruzin for a Bruzin 2018."

The infamously smarmy Cruz derided the protesters, describing them as "our friends who are so energized today that they believe that yelling is a wonderful thing to do."

Cruz, who once staged a faux filibuster on the floor of the Senate in opposition to Obamacare, apparently did not care for a taste of his own medicine from his constituents.

He also mocked their protest and exercise of free speech — an odd thing to do while celebrating the nation's independence.

"In much of the world," he said, "if protesters showed up, they would face violent government oppression. In America, we've got something different."

Cruz has implied that he might not support his party's harmful health care repeal bill — not because it would gut Medicaid to give tax cuts to the rich, but because it does not go far enough, in his opinion.

That's not a popular position, even in the deeply red state of Texas. A poll in June found that while Texan voters did not view Obamacare favorably, they had an even more unfavorable view of the House Republicans' bill to repeal it. And the Senate's version has even more draconian cuts than the House version.

That means that while Cruz is already trying to shore up support across the state for his re-election bid in 2018, promising to destroy his constituents' access to health care — and having the audacity to mock those who don't want him to do so — is not exactly a winning strategy for him.

As one Texan commented about Cruz's extremism on health care, "He wants to completely gut Obamacare, and he's one of the few people against the Trump plan because he wants it to be stronger, which is crazy."