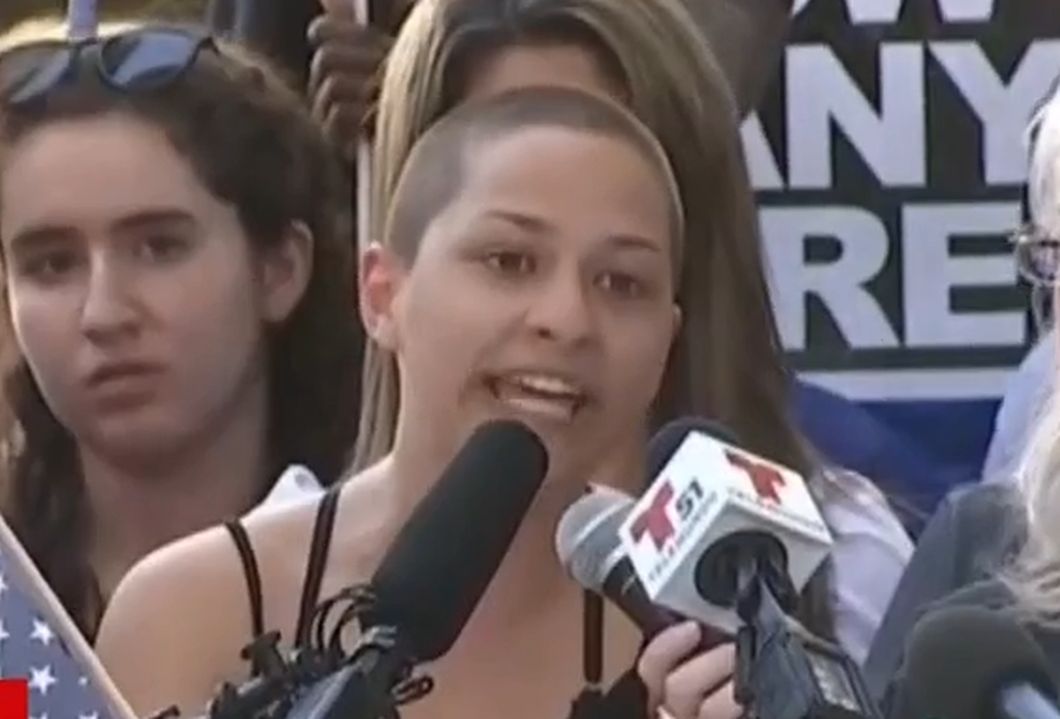 Emma Gonzalez issued a powerful cry at a Florida rally on gun violence, directly calling out Trump, the GOP, and the NRA for enabling the murder of children.

A Florida teenager who survived the massacre at Marjory Stoneman Douglas High in Parkland, Florida, issued a rousing call to action at a rally against gun violence.

Emma Gonzalez declared that the shooting at her school should be "the last mass shooting."

And she responded directly to Trump's tweet, which blamed students at the school for not reporting on the shooter's behavior before the event.

"We did," Gonzalez said, "time and time again, since he was in middle school."

"We need to pay attention to the fact that this isn't just a mental health issue," she continued. "He wouldn't have harmed that many students with a knife."

"How about we stop blaming the victims for something that was the shooter's fault?" she demanded, and called out those who do deserve to shoulder that blame.

And Gonzalez again did not let Trump's responsibility go unremarked upon

Gonzalez then called attention to the $30 million spent by the NRA in support of Trump in the 2016 presidential election, and how that translates onto each life lost to gun violence.

"That comes out to being $5800. Is that how much these people are worth to you, Trump?" She asked.

"To every politician who has taken donations from the NRA: Shame on you!"

The crowd erupted into a loud chant, echoing her cry: "Shame on you!"

Emma Gonzalez and her Florida community are not allowing Trump, the Republican Party, or the NRA to intimidate them into silence. They are speaking up to defend their families, and shaming those who enable this epidemic of violence.