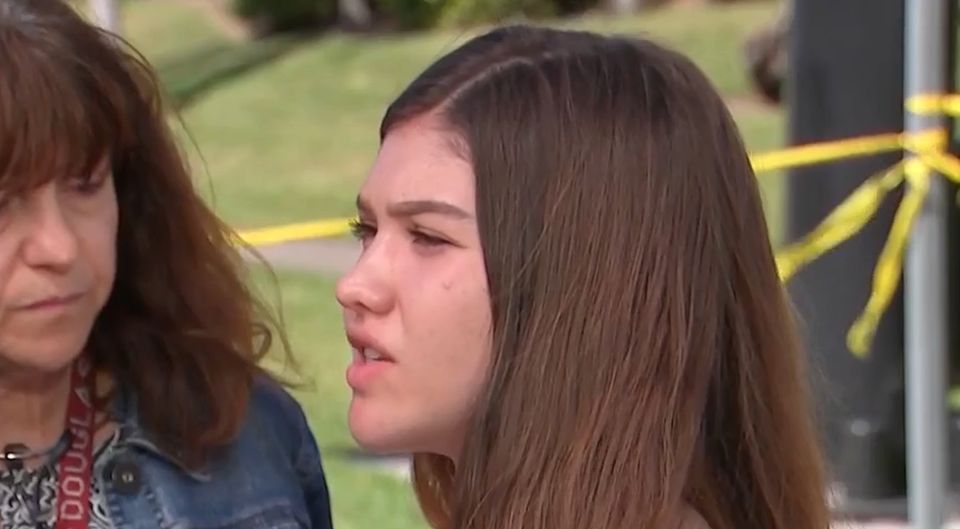 Trump had only empty words to offer after the mass shooting in Florida, and one student immediately called him out on it.

Trump's speech Thursday, day after the mass shooting in Parkland, Florida, was immediately panned by one of the students who survived the attack.

Emerging from his self-imposed exile after the shooting, Trump spoke for a few minutes from a prepared text.

He offered no solution to the plague of gun violence, and simply mouthed the phrase "mental health" without proposing policies to help America.

He told students they should go to their teachers if they have concerns about violence but never even said the phrase "gun violence."

"He said that if something's happening, go to your teacher. What could our teachers do in that situation rather than save themselves just as we were?" Gomez asked.

"I feel like he really needs to take into consideration all this gun control. There's no reason that a kid, 19 years old, that's been investigated already and not even a year ago, being able to purchase a AR-15 in Broward County, right here, and he only got expelled. They didn't even put him into a hospital or nothing for like a mental health. Nothing."

Gomez's concerns echo those of other students, who have been calling out Republican politicians in their state for refusing to take any action on gun violence.

After receiving millions of dollars in support from the NRA, many Republicans like Trump believe that simply mouthing statements of sympathy after shootings will make up for legislative inaction.

But children like Gomez and her fellow Florida students are extremely aware that words without action are meaningless. Trump may hold the office of the presidency, but Isabella Gomez did not allow that to intimidate her into silence.

She took Donald Trump to task on national TV for enabling the ongoing murder of children.