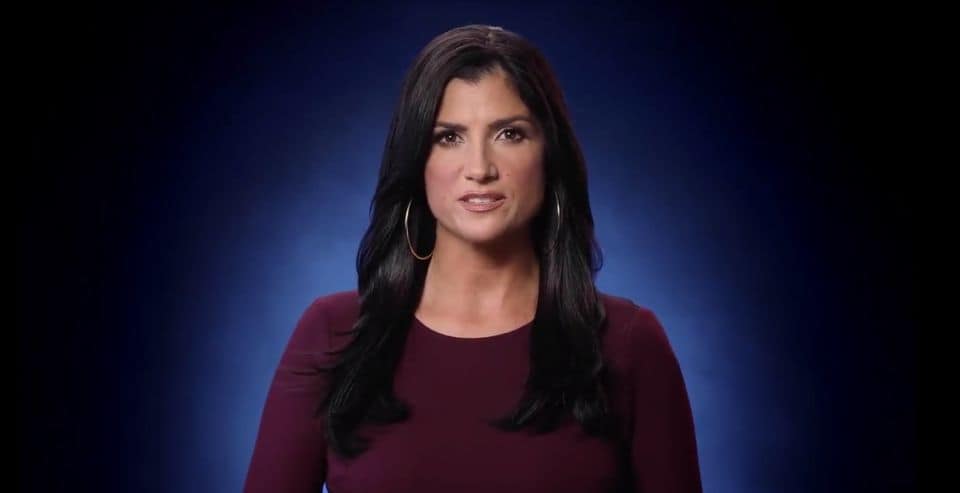 A new ad from the NRA calls on its supporters to respond to criticism from former President Barack Obama, protesters, and Democrats with a "clenched fist." The message is anything but subtle.

A new ad from the NRA weaves a dark conspiracy theory about violent resistance to Donald Trump's presidency, then implores gun owners to respond to the protesters with a "clenched fist."

The ad comes weeks after Trump was the featured speaker at the group's annual conference in Atlanta, where he praised them for backing him in the 2016 election, noting, "You came through for me and I am going to come through for you."

In a week when Trump has fussed and complained about critical media coverage of his failing presidency, the NRA has "come through" for him again.

In the ad, NRA media personality Dana Loesch — who also hosts a program on the right-wing "news" site operated by conspiracy theorist Glenn Beck — repeatedly refers to a mysterious "they" from whom the NRA and its supporters must "save our country and our freedom."

Loesch goes on to accuse President Barack Obama of endorsing "the resistance," encouraging them to "scream racism and sexism and xenophobia and homophobia, to smash windows, to burn cars, shut down interstates and airports, bully and terrorize the law abiding."

The last comment is punctuated with a photo of a Trump supporter bloodied and bandaged up.

The idea that the resistance to Trump is violent thuggery has become the norm in the conservative world, an idea repeatedly hammered home by outlets like Fox News and Breitbart, who now act as quasi-official state media outlets pushing a Trump message.

The NRA ad is designed to pander to this mindset, when the reality is the Trump resistance — as it was on Election Day — is a plurality of the American people, who have never approved of his approach.

The ad also indulges in the "deep state" conspiracy theory espoused by Trump, top aide and former Brietbart chief Steve Bannon, and their media allies like Alex Jones — infamous for claiming the Sandy Hook massacre was fake — who insist that Obama is orchestrating a coup against Trump via deeply embedded government operatives.

Loesch — a right-wing radio host with a track record of spreading misinformation and made up quotes — concludes by telling an ad targeted at the gun-owning populace, "the only way we stop this" and "the only way we save our country" is "to fight this violence of lies with the clenched fist of truth."

Trump gave the green light to this mindset and its potentially violent conclusions during his campaign. At one rally, he singled out "Second Amendment people" as the ones who could respond to Hillary Clinton if she were to win the election and be able to pick Supreme Court judges.

After winning, Trump told the NRA, "You have a true friend and champion in the White House."

The NRA continues its tradition of promoting irresponsible conspiracy theories while invoking images of violence and upheaval. Trump has done the same repeatedly throughout his time in the public spotlight, advancing the birther attack against Obama, and referring to majority-black cities as violent "war zones."

The man and the extremist organization are joined at the hip, and both continue to do their best to pull the entire country over the edge.