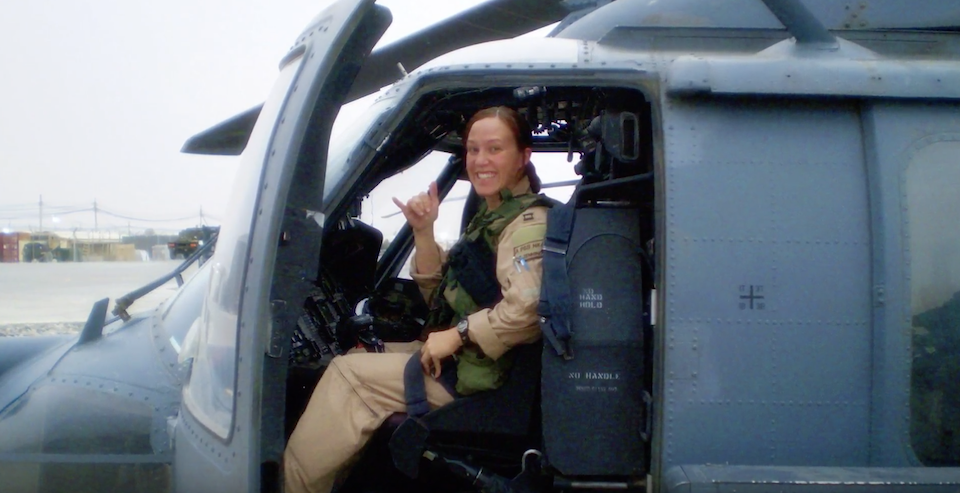 Democratic challenger MJ Hegar says she feels "called" to go to D.C. to uphold her military oath "to support and defend the Constitution against all enemies, foreign and domestic."

Mary Jennings ("MJ") Hegar's courage is not in question. She was awarded a Purple Heart and Distinguished Flying Cross with Valor for her service in the United States Air Force – and now she is running to unseat incumbent Texas Republican Rep. John Carter, who has held the position for 14 years.

Carter is a reliably conservative vote in the House and a conspiracy theorist. In 2009, he cosponsored the so-called "birther bill," which would have required presidential candidates to provide a copy of their original birth certificates to prove their citizenship. It was an obvious, and obviously racist, attack on President Barack Obama.

Even after Obama did share his birth certificate in 2011, Carter begrudgingly acknowledged that the matter was settled, but added that he was "disappointed that the president took this long to do so. This could and should have been done when the question was first raised."

The "question" of Obama's birth certificate was never in doubt except among the racists and conspiracy theorists like Carter. And like Donald Trump.

The 31st Congressional District of Texas is home to Fort Hood, one of the largest U.S. military installations in the world. The 31st is a traditionally red district. Carter won his 2016 re-election bid by nearly 22 points.

Hegar announced her candidacy with a powerful video in which she says she believes "our democracy and our Constitution are under threat," and that she is running for Congress to uphold the U.S. military oath she took "to support and defend the Constitution against all enemies, foreign and domestic":

Today I am announcing my candidacy for TX Congressional District 31. We must protect the progress we've made. https://t.co/gVXntBZUbC

And I believe that you should be free to do what you want to with your body and marry who you want to. And have the freedom of being able to get quality health care and quality education. The idea that those things could be taken away from us is unacceptable.

I think one of the things that sets me apart is I have a proven track record of standing up to bullies and not buckling under intimidation, which I think is a huge part of the problem in D.C. right now. And there are people who are just falling into line and signing things and and voting yes and doing as they're told because they're trying to protect their career instead of trying to protect their country.

I feel like our democracy and our Constitution are under threat. I feel called to go to D.C. and uphold the oath that I took when I joined the Air Force, which was to support and defend the Constitution against all enemies, foreign and domestic.

My husband and I are an incredible team, and I truly think that running for this office is the ultimate test of putting my kids first: Am I willing to sacrifice and do the work necessary to really make an impact for them?

There is no doubt being a Democratic woman and taking on a GOP incumbent man in a Republican stronghold present significant challenges for Hegar. However, Texas has a long history of upending the political norms and electing progressive women to office during periods of national conservative prominence.

When elected to Congress in 1973 — another period of intense American political and cultural division — the late Barbara Jordan became the first African-American to win a seat since 1898 and the first Black congresswoman ever from the Deep South. The now-deceased inimitable Ann Richards served as treasurer and then governor of the state (1983-1991 and 1991-1995, respectively), during the height of the era of Ronald Reagan conservatism. In 2009, right after George W. Bush's presidency, Houston elected its first openly lesbian mayor, Democrat Annise Parker.

With her strong Texas ties and her extraordinary military record, Hegar just might be the type of Democratic candidate who could succeed where others have failed.