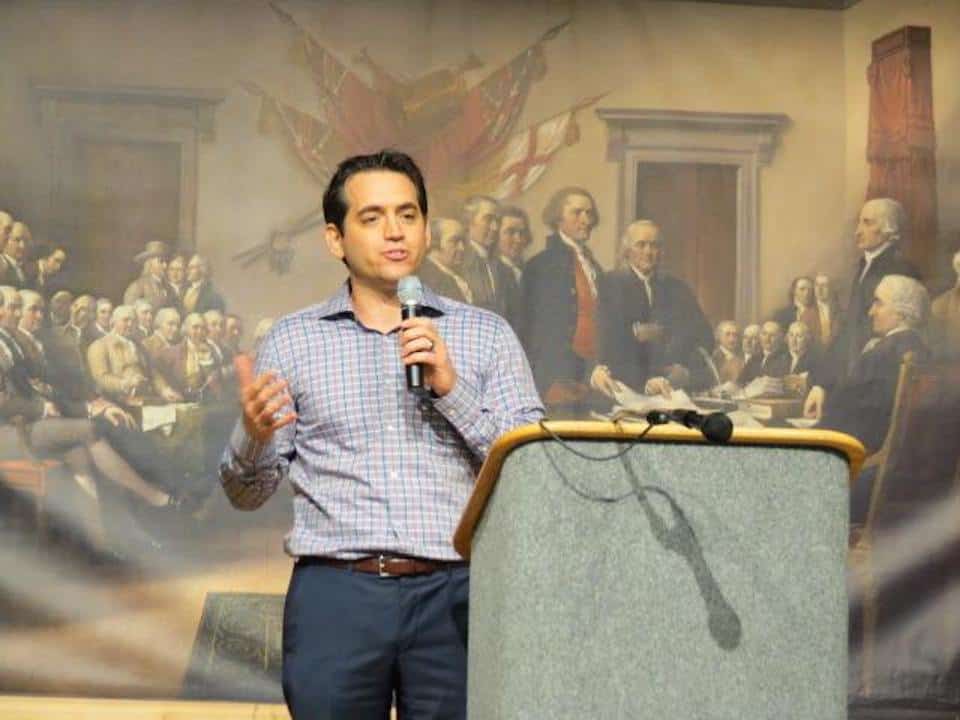 Texas state Rep. Matt Rinaldi proclaimed he was calling Immigrations and Customs Enforcement on people who had showed up to the state capitol to peacefully protest Texas's anti-immigrant show-your-papers law.

On Monday, a massive protest of immigrant activists, civil rights, and labor unions at the Texas state capitol in Austin made national news after a fight broke out between state Rep. Matt Rinaldi (R-Irving) and his colleagues, during which Rinaldi threatened to shoot a Democratic lawmaker.

While Rinaldi's threat was horrifying, the context of the fight makes it even worse. The argument was precipitated by Rinaldi's announcement he had called ICE on the protestors — a brazen attempt to suppress their right to peaceful assembly.

For years, Republicans have tried to eliminate the rights of immigrants. They stood in the way of legislation to allow young people brought here as children to apply for citizenship. They have attacked so-called "sanctuary cities" that require federal agents to have a warrant for immigrants in their custody. They have even played with the idea of stripping the U.S.-born children of immigrants of birthright citizenship.

Texas is at the forefront of this battle. The reason activists gathered at the capitol in the first place was to protest Senate Bill 4, a "show-your-papers" law just signed by Gov. Greg Abbott. The law gives local police broad powers to ask suspects their immigration status. It also makes it an imprisonable offense for sheriffs to restrict cooperation with Immigration and Customs Enforcement agents, even if ICE asks them to use their own resources or violate civil liberties.

This low-grade campaign of legalized terror, combined with sweeping ICE raids under Donald Trump, have made some immigrant families in some parts of the country terrified to venture out in public. Even people with green cards are scared of deportation.

And in some households, people here legally are refusing to apply for food stamps because they fear ICE will follow the paper trail to relatives who might not have legal status. Even before Trump was elected, President Barack Obama felt he had to assure Hispanic citizens that if they register to vote, the government will not use that info to go after their noncitizen relatives.

By announcing he was calling ICE on protestors, Rinaldi sent a clear message, not only to undocumented immigrants but to all brown-skinned Texans who might "look illegal." He was saying: do not protest us, or we will try to have you arrested and deported.

The fact that Texas is stripping the civil liberties of Hispanic people is horrible enough. That lawmakers now feel emboldened to deny freedom of speech and petition for those who disagree makes it infinitely worse.