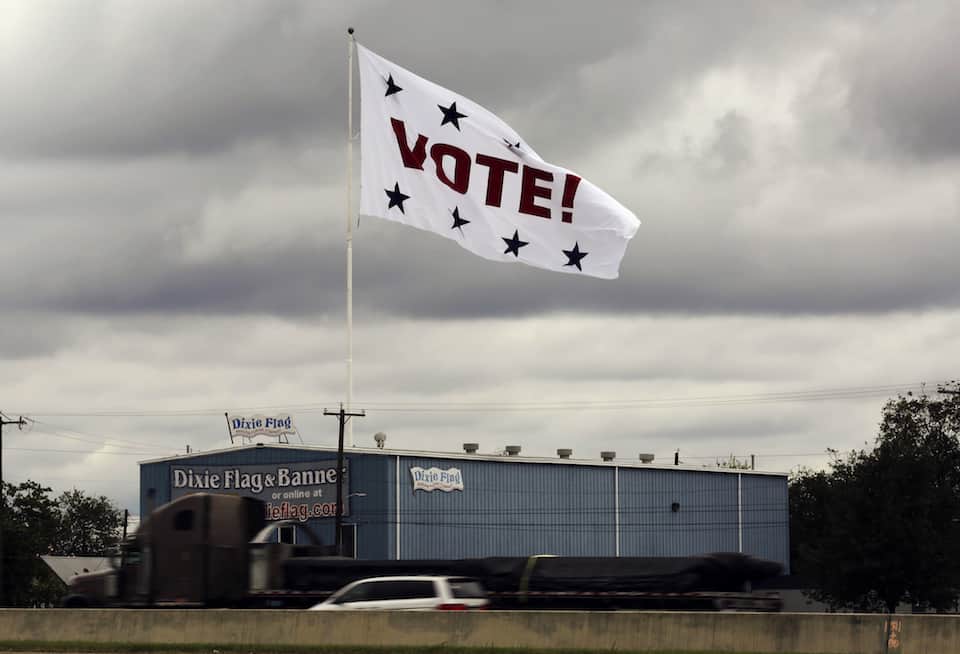 As African-American Texans, my family has faced over a century of efforts to suppress our rights as voters and equal citizens. In a strongly worded court ruling this week, the federal courts — for the third time this month — struck down Texas GOP efforts to disenfranchise nonwhite citizens.

My home state of Texas has a tattered history and a terrible record when it comes to discrimination against Black and Latino Texans.

As a sixth-generation Texan of African-American descent, families like mine have faced all sorts of shenanigans through the decades to disenfranchise us and limit our ability to be involved in the development of policies and laws that affect us: excluding us from certain political parties and primary elections, poll taxes, gerrymandering, English-only ballots in predominantly Latino districts — the list is long.

But last week marked a positive step toward addressing the relentless suppression of minority voter rights in my state, and recognizing that the problem not only still exists in 2017, but is widespread and incendiary.

A strong ruling by a federal court in Texas capped off a series of recent judicial actions that have struck down overt and intentional GOP efforts to suppress minority voters and create arbitrary electoral maps that unfairly favor white Republicans, without regard to actual population data or the rights of all Texan voters.

On Thursday, a panel of three federal judges in San Antonio found that Republican Texas lawmakers directly and intentionally violated the U.S. Constitution and the Voting Rights Act through "packing and diluting" tactics, drawing electoral district maps with the express intent to dilute the votes of minorities — illegal attempts to disenfranchise those voters and to weaken the growing potential electoral influence of minorities in the state, particularly in the urban areas of Dallas, Houston, San Antonio, El Paso, Fort Worth, and Austin.

The panel’s ruling comes on the heels of two other federal court rulings on Texas voting rights over the past month: One which invalidated three Texas congressional districts for being drawn with an intent to discriminate against minority voters, and one, from just a week ago, that ruled the state’s voter ID laws were intentionally discriminatory.

In my hometown of Dallas, for example, the court found:

map drawers improperly used race with an intent to dilute Latino voting strength by wasting Latino votes in HD103 and HD104, and creating a more Anglo HD105 to protect the Anglo Republican incumbent in the general election.

The impact of these decisions affects the way in which both state legislative districts and Congressional districts have been drawn to skew electoral votes to always favor Republicans, despite the presence of a significant number of Democrats within the state, as well as the implementation by Republicans of extremely restrictive voter ID laws and use of other illegal tactics expressly intended to disenfranchise minorities — including families like mine who have been Texans for almost as long as there has been a State of Texas.

My family has witnessed these efforts firsthand. One memory that sticks out in my mind was a relatively recent election in which GOP surrogates were stopping the cars of Black voters in my parents’ precinct as they approached their polling place, telling them that it was a Republican voting site, and if they intended to vote Democratic, they would not be able to vote there. Luckily my parents were veterans of Texas elections and frequent poll workers themselves, so they did not fall for that scheme.

Unfortunately, our experience in the place we call home has taught us that, more often than not, white Republicans have not had our interests at heart or desired for us to be included as equal citizens. The contrary has been the norm.

And our experience has been validated by court cases, countless news stories, and studies, such as an NAACP report which found numerous instances of nefarious tactics by Republicans against Black voters, including a local district attorney in Texas who tried to disallow students from a local Black college to vote, necessitating a federal court order to protect their rights.

Blue Texans like myself are often the butt of jokes and pats on the head for our optimism that progressives can advance and win votes and offices despite the reality of Texas’ red state prominence. What we see, feel, and know is the true heart of Texas, which is multicultural and politically diverse. The former Dixiecrats that make up the base of Texas’ Republican party have maintained their hegemony in the state through over 100 years of gerrymandering, illegal voter restrictions, and scare tactics that have caused families like mine to fight tooth and nail for every ballot we cast.

History tends to repeat itself in Texas, with each breakthrough in protecting the rights of all Texans being met with new efforts by Republicans to limit those rights to themselves or certain desirable voting blocs. Decisions like the federal court ruling last week are monumentally important in helping nonwhite Texans, and Americans in general, break down the Republican firewall that limits our franchise — and our voice in our democracy.