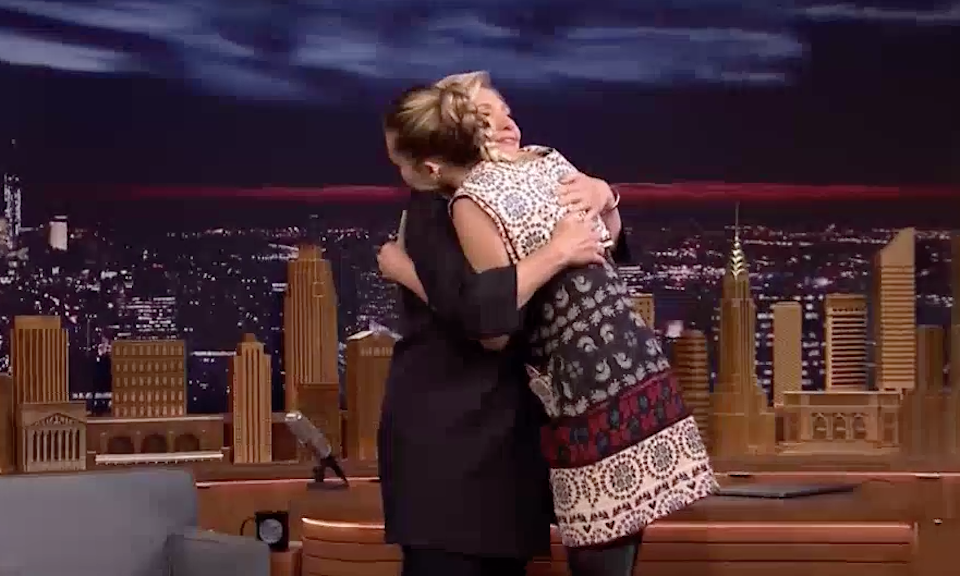 Miley Cyrus and the women writers of "The Tonight Show" penned real-time thank you letters to guest Hillary Clinton, and for six minutes, we all got to live vicariously.

If you're a woman who loves Hillary Clinton, it's pretty easy to feel erased.

We are treated to endless deep dives of the Trump voter: who are they, who wronged them, what is the specific nature of the anxiety that led them to vote for an ignorant embarrassment of a bigot.

If you supported Bernie Sanders in the primary, it was easy to find breathless articles extolling your existence: your youth, your optimism, the issues that drove you to be so passionate.

For Hillary Clinton voters, there was none of that. We were told over and over that we did not actually love our candidate. We chose her out of dispassionate pragmatism, or some commitment to incremental politics. We would have preferred someone less flawed, obviously, but she was what we had. We were "voting with our vaginas."

But stubbornly, we continued to love her. We built secret communities on and off line where we could quietly praise her without interference.

On Election Day, we delivered the biggest gender gap in history for her.

After she lost, we got louder.

We take up more space.

Moments like the one that happened on "The Tonight Show" with Jimmy Fallon (not exactly a venue I turn to for a sympathetic political ear) are frequent now. The women writers each came on, one at a time — and I had no idea Fallon had so many women writers! Good for him! — and penned Hillary a thank-you note, while she sat across from them.

The segment ended with Miley Cyrus coming out and beginning to cry before she hit the Hillary in "Dear Hillary."

CYRUS: Thank you, Hillary, for being a constant beacon of strength, hope, and determination for me and millions of other young women. You've been a role model and an inspiration, and a voice of reason in uncertain times. I could go on and on, but I'd like to get right to the point. Can I give you a hug?

I live for these moments. Where women — and little girls, who haven't been told that they aren't supposed to love Hillary Clinton — get to meet her. Their joy is impossible to deny.

I tear up every time I see myself reflected in these women politely losing it just by being around her. It's a wonderful catharsis to watch one of our own deliver the message right to her. "Thank you, Hillary" — the thing we all want to say.