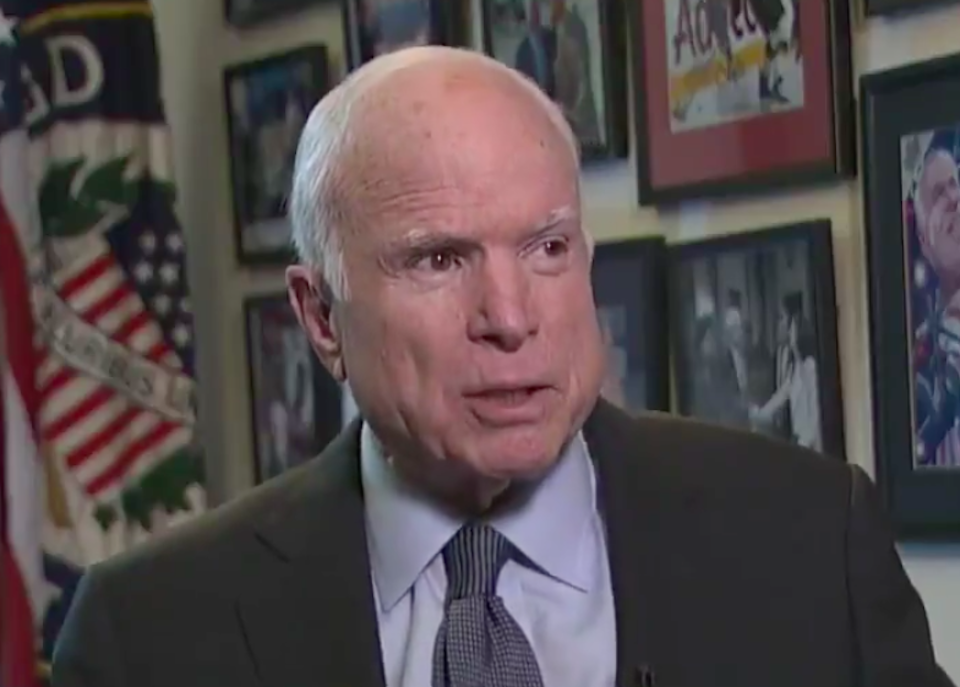 Arizona Republican Sen. John McCain took a not-so-thinly veiled swipe at Donald Trump on Sunday, criticizing "high income people [who] found a doctor that would say they had a bone spur" to get them out of serving in the Vietnam War.

McCain made the comments during an interview about the Vietnam War on C-SPAN3’s American History TV.

"One aspect of the [Vietnam] conflict by the way that I will never ever countenance is that we drafted the lowest income level of America, and the highest income level found a doctor that would say that they had a bone spur," McCain said.

McCain, a Vietnam veteran who spent more than five years as a prisoner of war, didn't even have to say Trump's name; the reference to bone spurs told viewers exactly what he meant.

Trump received five deferments from the draft during the Vietnam War. While he was in college for some of that time, he would have been drafted after he graduated in 1968. But he wasn't. Instead, he sought a medical deferment for what was diagnosed as bone spurs in his heels — a common condition that over 10 percent of the U.S. population will experience at some point in their life.

McCain's artful shade comes on the heels of a heated exchange he had with Trump last week, which was prompted by a speech McCain gave criticizing "half-baked, spurious nationalism."

When asked about McCain's speech, Trump attempted to intimidate the Senator, saying: "People have to be careful, because at some point I fight back."

McCain clapped back with six simple words: "I've faced greater challenged than this."

Tonight, McCain scored yet another victory in his war of words with Trump, and gave us all an important lesson in the art of throwing shade.