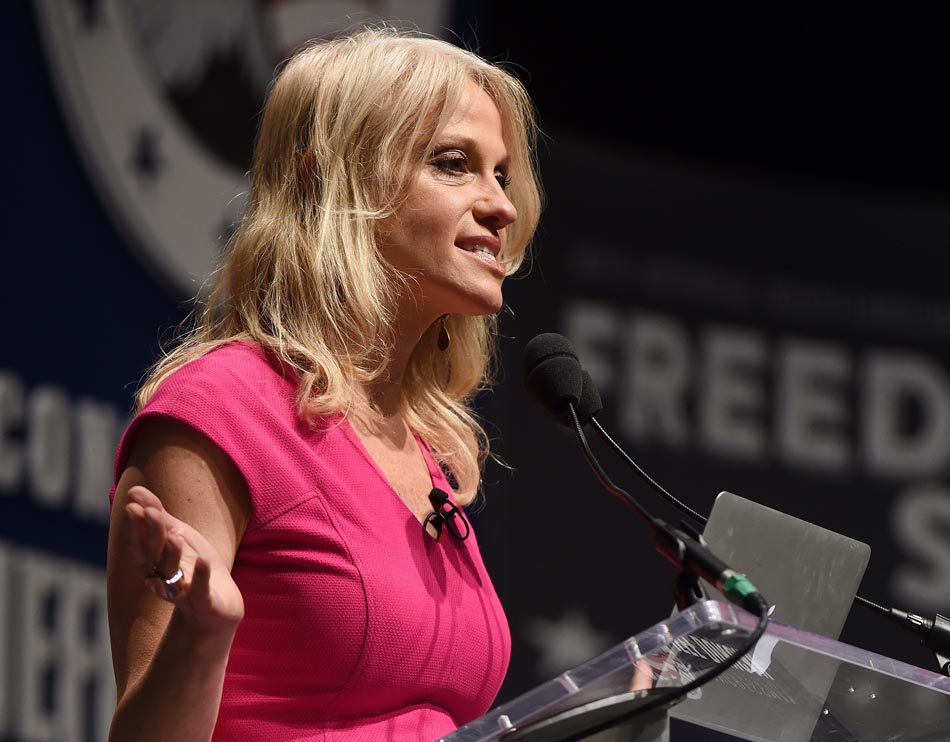 (AP Photo/Rainier Ehrhardt)
Get The American Independent in your inbox

From the not-all-that-wayback machine: In May, Trump campaign manager Kellyanne Conway had quite the Freudian slip during an interview with George Stephanopoulos, referring to the GOP leadership as "Grand Wizards," which she quickly corrected to "grand poohbahs." But it is not all that funny now that her candidate is running a campaign openly and explicitly appealing to white nationalism.

You see the donor community starting to come around to their fellow billionaire. They want to help as well. There’s also a generational split here. You see some of the Grand Wizards…the Grand Poohbahs of the party coming over and saying, “I support Donald Trump now.”

At the time, it just seemed like a rather unfortunate Freudian slip. But that was before Donald Trump hired Stephen Bannon, overseer of an incubator of white nationalist extremism, to run his campaign; Trump's anti-black and anti-Latinx racism became even more explicit; and the campaign fomented a growing reliance on anti-Semitic prejudice and stereotypes to appeal to the GOP base.

In retrospect, Conway's words appear less like a Freudian slip than a spoiler alert.