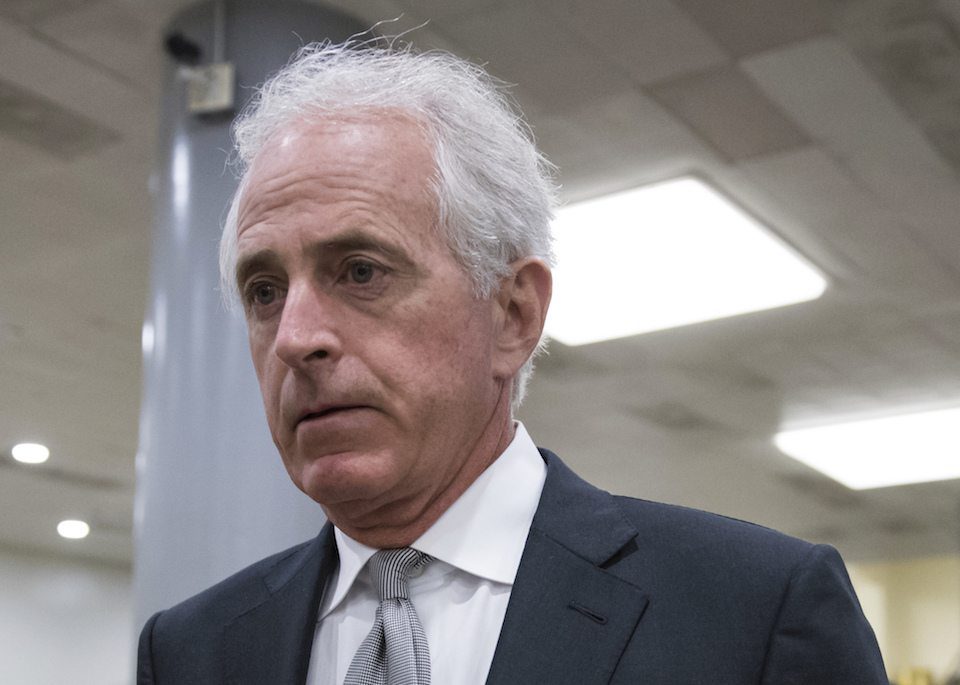 Sen. Bob Corker joined his fellow Republicans to pass a massively destructive budget Thursday night — even though he admits the entire thing is snake oil.

The budget framework is being sold by Republican leaders as simply a routine procedural vote to outline government spending for the next year. But it is not. It authorizes $1.5 trillion in cuts to Medicaid, Medicare, and other public programs, enormous tax cuts for corporations and billionaires, and — for some reason — drilling in the Arctic National Wildlife Refuge.

In effect, this is an attempt by Senate Republicans to do with "tax reform" what they tried to do with health care: shut out input from Democrats or the American people.

In fact, even outgoing Sen. Bob Corker of Tennessee decried the whole process as a sham in conversation with reporters Thursday evening.

Immediately after blasting the bill, Corker proceeded to walk into the Senate chamber and vote yes.

Even after calling the bill a "hoax," Corker admitted the prospect of cutting taxes for the rich was too good to resist. "The only thing that’s going to come out of this that matters is we’re going to prepare for tax reform."

Republicans in Congress are such utter failures at negotiation that even those who decry their cowardly tactics to shut out opposition, like Corker, are too craven to do anything about it. It is time for our nation to reject this kind of politics — and any lawmaker who benefits from it.