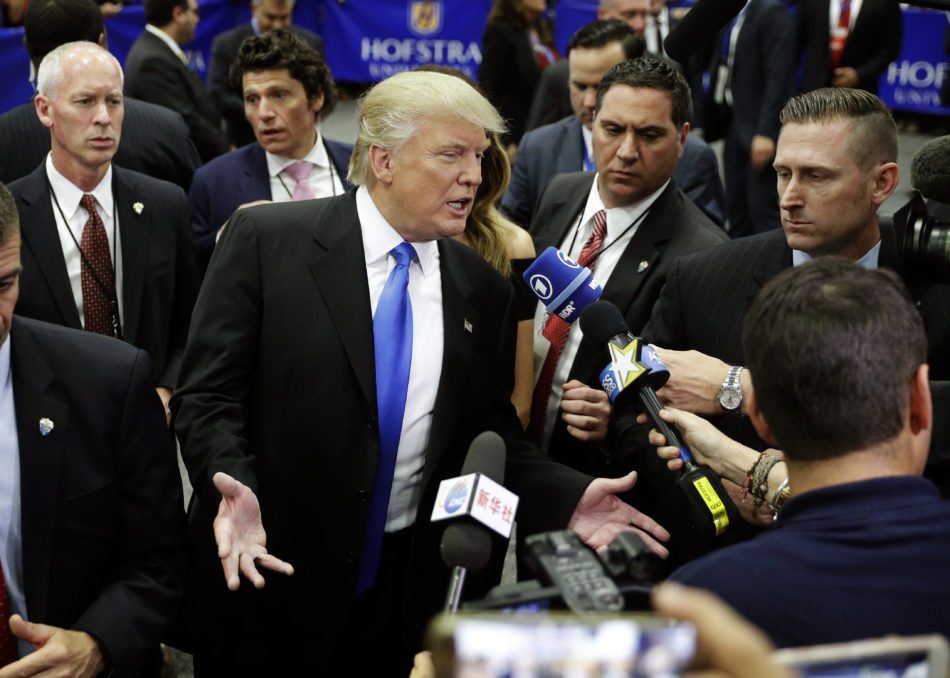 President-elect Donald Trump kicked off week 3 of his pre-presidency by tweeting an outrageous lie: that "millions of people" voted illegally for Hillary Clinton. Yet many media outlets refused to call his blatant dishonesty a lie. After a presidential election in which Trump's unprecedented dishonesty was obscured by the false narrative that Hillary Clinton was untrustworthy, it is well past time to ditch the euphemisms.

Much of the corporate news media was slow to call out Donald Trump's lies during the presidential campaign — so much so that it actually became news any time they made the effort. Conversely, Hillary Clinton was falsely branded a liar by news organizations constantly suggesting that people didn't trust her.

Both premises ignored the mountain of evidence that Hillary Clinton is actually more honest than most candidates and politicians, while Trump was (and is) a reflexive liar of historical dimensions.

In response to Trump's lie about "millions" of votes cast "illegally," many outlets seemed to minimize the dishonesty, and some even simply repeated the claim, burying any fact-checking deep within their articles.

Are you serious w/this headline? Trump tells outrageous, unsubstantiated lie & you repeat it with no context? Source: Alex Jones.

You have to get past the headline, the subhead, the lede and into the third paragraph to learn that what Trump is saying is probably a lie. https://t.co/l3M82jB4ep

BAD HEADLINE! Call it a FALSE CLAIM, a LIE
Trump Claims, With No Evidence, That ‘Millions of People’ Voted Illegally https://t.co/00XrsaVcYe

NYU journalism Professor Jay Rosen called out USA Today for this kind journalistic malfeasance in their reporting on Trump supporters lying about George Soros, and received a depressing response from one of the outlet's reporters, who defended reporting on the fabrications with credulity.

There has been plenty of advice on how to cover Trump, but the first thing journalists and reporters need to learn is the necessity of calling a lie exactly that, as opposed to euphemisms like "questionable claim." Even calling them "false" is simply not strong enough — Donald Trump is soon to be the president of the United States, and his "false" or "misleading" claims will carry incredible weight, and need to be treated accordingly.

The tendency to soft-pedal their coverage of his lies leads to a dangerous normalization by the media of his compulsive and abundant dishonesty. Every time a lie Trump tells makes it into the national dialogue with little fact-checking or other repercussions, it emboldens him and his staff to continue to manipulate the media and the public with misdirection and chicanery.

It is not enough merely to point out that Trump lied, either. The press must dig deeper to explain what the motivation for the lies are, what Trump has to gain from them, and what he is using them to obfuscate — whether it is losing the popular vote to Clinton by 2,422,963 and counting or the destructive cabinet of insiders he is assembling.

It is imperative the media ensure that the people know when their president is lying. That way, at least the truth will have a fighting chance.