Home National The end of American democracy could be weeks away
Support progressive journalism.
Donate today 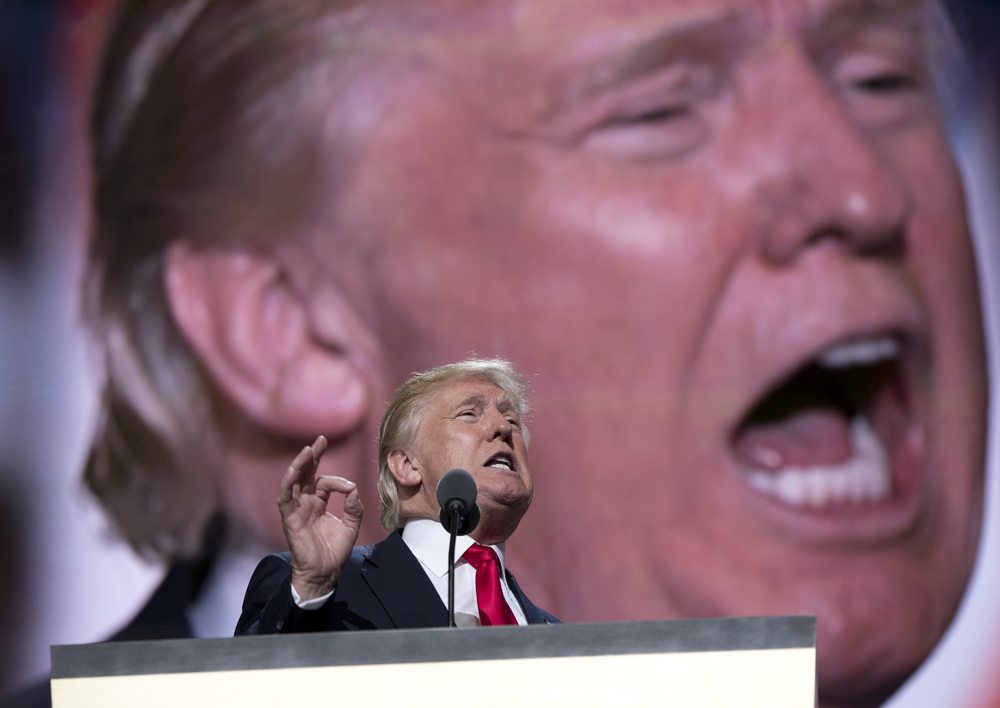 President Obama put it starkly: "Democracy is on the ballot" in November. That is an unprecedented and terrifying statement from a sitting U.S. president.

Humans have an uncanny ability to deny the obvious, even when the obvious is an existential threat. In the case of the 2016 election, we are looking at the potential end of the American experiment.

That is a sentiment expressed by a range of scholars and public figures across the political spectrum.

Republican politicians marvel at how [Trump] has “tapped into” a hitherto unknown swath of the voting public. But what he has tapped into is what the founders most feared when they established the democratic republic: the popular passions unleashed, the “mobocracy.” Conservatives have been warning for decades about government suffocating liberty. But here is the other threat to liberty that Alexis de Tocqueville and the ancient philosophers warned about: that the people in a democracy, excited, angry and unconstrained, might run roughshod over even the institutions created to preserve their freedoms. As Alexander Hamilton watched the French Revolution unfold, he feared in America what he saw play out in France — that the unleashing of popular passions would lead not to greater democracy but to the arrival of a tyrant, riding to power on the shoulders of the people.

The Washington Post's editorial board said this about the GOP nominee:

The real estate tycoon is uniquely unqualified to serve as president, in experience and temperament. He is mounting a campaign of snarl and sneer, not substance. To the extent he has views, they are wrong in their diagnosis of America’s problems and dangerous in their proposed solutions. Mr. Trump’s politics of denigration and division could strain the bonds that have held a diverse nation together. His contempt for constitutional norms might reveal the nation’s two-century-old experiment in checks and balances to be more fragile than we knew.

To vote Republican out of party loyalty alone would be to endorse a candidacy that I believe has exploited anger, grievance, xenophobia and racial division. Donald Trump’s demagoguery has undermined the fabric of our national character.

Shadi Hamid of The Atlantic:

[B]uilt-in constraints and constitutional “guarantees” aren’t enough on their own to preclude illiberal outcomes. What Americans really depend on, then, is a shared political culture and the ideas and ideals that undergird it. As James Fallows notes, “Liberal democracies like ours depend on rules but also on norms—on the assumption that you’ll go so far, but no further, to advance your political ends.” But all it apparently takes is one man with charisma and an unusually perceptive understanding of the human psyche to change that. There are norms against politicians suggesting that minorities should have special identification cards. There are norms against saying you want to kill the families of terrorists. There are norms against encouraging your supporters to use violence against their political opponents. It’s not entirely clear why you don’t do or say these things (because Trump clearly has), but you just don’t. The very fact that Trump has made such frightening comments on national television—without any corresponding “disqualification” or decline in popular support—has already undermined these longstanding norms.

As I chitchatted over cocktails at a Washington office Christmas party in December, and saw, looming above our heads, the pulsating, angry televised face of Donald Trump on Fox News, I couldn’t help but feel a little nausea permeate my stomach. And as I watched frenzied Trump rallies on C-SPAN in the spring, and saw him lay waste to far more qualified political peers in the debates by simply calling them names, the nausea turned to dread. And when he seemed to condone physical violence as a response to political disagreement, alarm bells started to ring in my head. Plato had planted a gnawing worry in my mind a few decades ago about the intrinsic danger of late-democratic life. It was increasingly hard not to see in Plato’s vision a murky reflection of our own hyperdemocratic times and in Trump a demagogic, tyrannical character plucked directly out of one of the first books about politics ever written.

The American Republic stands threatened by the first overtly anti-democratic leader of a large party in its modern history—an authoritarian with no grasp of history, no impulse control, and no apparent barriers on his will to power. The right thing to do, for everyone who believes in liberal democracy, is to gather around and work to defeat him on Election Day.

Hillary Clinton has spoken directly to the Trump threat:

This man is the nominee of the Party of Lincoln. We are watching it become the Party of Trump. And that's not just a huge loss for our democracy, it is a threat to it.

And here is America's first Black president, speaking with passion and urgency about the danger Trump poses to the United States:

We should heed these warnings.

Denial is dangerous at this moment in history. As is complacency.

We each have a duty to speak out in defense of the values and principles that bind us together as a people. Donald Trump represents the opposite of those values, the antithesis of what America is envisioned to be and what it has always aspired to become.

Time is running out.

Circumstances like these demand a measure of seriousness commensurate with the challenge we face. Trump poses an existential threat to the America we know and love and we must be full-throated in our rejection of his demagoguery.