Home National The facts and research you need to arm yourself for the reproductive...
Progressive journalism is under attack. Please help us fight back!
DONATE 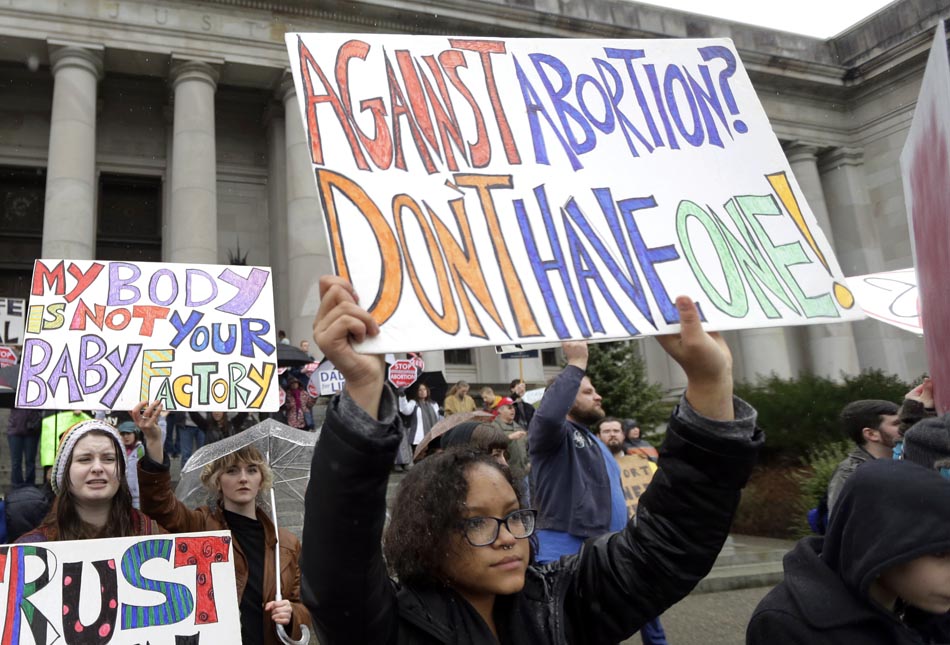 (AP Photo/Ted S. Warren)Melissa McEwan
Get The American Independent in your inbox

The Guttmacher Institute, a research and policy organization, is an invaluable resource on sexual and reproductive health and rights domestically and globally. With the election of Donald Trump, and the extremely conservative team he is assembling, Guttmacher's work will surely be more vital than ever. The newest edition of their peer-reviewed research journal shows that they are ready and able to keep up the fight.

Founded in 1968, the Guttmacher Institute has been a key source of research, information, and explanation on many aspects of sexual and reproductive health and rights. Their stated vision of a "world in which all people are able to exercise their rights and responsibilities regarding sexual behavior and reproduction freely and with dignity," and their commitment to promoting and spreading factual analysis have always been enormously important in a society where the battles over sexual education and agency and reproductive justice have ebbed and flowed, but never fully settled.

And now, as Donald Trump's presidency — and especially Indiana Governor Mike Pence's vice-presidency — draws nearer, those battles are sure to ramp up more than ever before. And Guttmacher's work will take on a more pressing urgency than perhaps any time since Roe v. Wade.

In light of this new reality, Guttmacher has published a special, post-election, pre-Trump presidency edition of their peer-reviewed research journal, Perspectives on Sexual and Reproductive Health:

Production for this issue of Perspectives on Sexual and Reproductive Health was wrapping up amid the profound uncertainty triggered by the U.S. presidential election upset. As the hopefulness of the days leading up to the election give way to feelings of bewilderment and foreboding, the sexual and reproductive health and rights community—like so many other social and political sectors—will have to redouble its efforts to limit the damage and try to at least maintain the status quo.

When we planned this issue, our hope was that the work it brings together would help point the way toward undoing some of the damage that has been done by past policies, and ensuring that newly elected officials and others understand the value of making abortion available as a matter of basic reproductive health, free of stigma and of restrictive policies and practices. We may need to recalibrate our expectations now, but we remain committed to the notion that good, solid science is the only appropriate foundation for the policies and practices that affect women's and men's sexual and reproductive health.

The articles in this journal cover a range of topics, from an analysis of abortion story lines on American television shows, to a compare-and-contrast of the abortion rights and LGBT rights movements, to deep dives into current reproductive access landscapes in Utah, Texas, and South Carolina, to a much-needed look at the need for better statistical analysis of the lifetime prevalence of abortion among Americans, and much more.

There are also digests that cover analysis of publicly funded family planning services; teenage pregnancy statistics among people of different sexual orientations; the dangers caused by mandatory waiting periods for abortions; contraception use among disadvantaged Black Americans; and more.

With an incoming president who has said that both providers and patients should receive "some form of punishment" for abortion, a vice-president with a wholly abominable record on reproductive rights, a GOP-controlled Congress that will surely be eager to pass draconian anti-choice legislation as soon as Trump takes the oath of office, and a Supreme Court vacancy that will be Trump's to fill, it is evident that the future of reproductive and sexual health justice is frighteningly precarious.

Indeed, we are already seeing that future come to pass in states around the country.

President Obama, in his waning days in office, continues to do what he can to forestall certain actions from anti-choice officeholders, though Trump and his anti-choice allies will do everything they can to roll back each bit of progress that has been made on Obama's watch.

Which is why Guttmacher's work and explicit attention to this new, dangerous landscape is so critical: We are heading into a new era where the anti-choice, anti-contraception viewpoint will rule the day; we will urgently need fact-based, research-backed arguments with which to fight back.