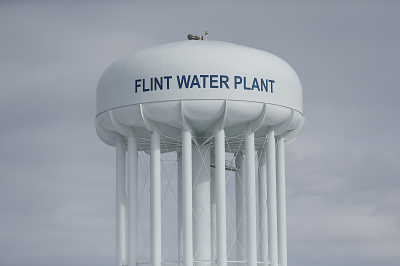 The Senate passed a bipartisan bill that would help Flint, Michigan residents who are still dealing with lead-tainted water. But it is uncertain whether it will pass the GOP-controlled House.

There is a catch. Supporters in the House will have to attach the allocation to some kind of must-pass spending bill to get it to President Obama’s desk, and it is not certain that the Republican majority will allow it.

The total amount won't make a dent in the massive infrastructure repairs necessary to fix the long term problem, but it is a beginning. The real challenge will be how to get a Republican-controlled House to make the lead crisis an ongoing priority, and not just a passing problem in a presidential election year.

If they don’t, children like Amariyanna Copeny, the 8-year-old girl who is also known as “Little Miss Flint" and has become an informal spokesperson for the town, will continue to pay the price.

UPDATE: At Rewire, Imani Gandy also reports that Flint's Receivership Transition Advisory Board, whose members are appointed by Republican Governor Rick Snyder, changed the rules governing the city so that a lawsuit cannot be filed without its prior approval. The rule change was enacted "days after Flint city officials announced they might file a lawsuit against the state over the city’s water crisis."