Home National The New York Times gives Hillary Clinton the best endorsement of her...
Progressive journalism is under attack. Please help us fight back!
DONATE 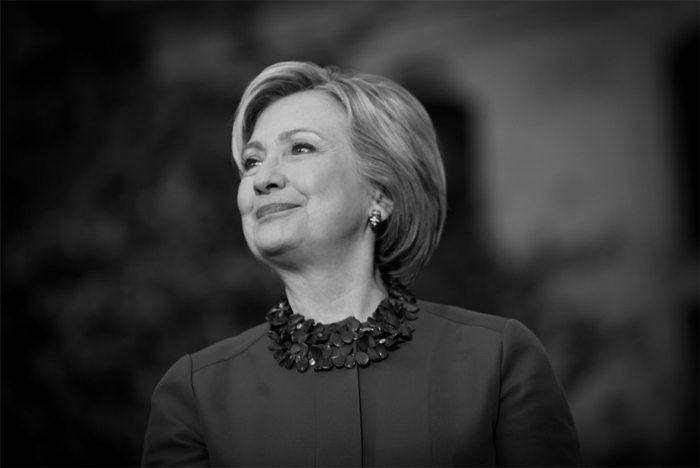 The New York Times has just done what virtually no other major publication has had the courage to do: To describe Hillary Clinton's accomplishments and qualifications without falling into the familiar trap of peppering their endorsement with caveats and reservations.

"The best case," the New York Times editors argue, for Hillary Clinton, is "about the challenges this country faces, and Mrs. Clinton’s capacity to rise to them." And then they set forth presenting the evidence of her abundant capacity, demonstrated over four decades in public life.

It doesn't get any better than this:

Over 40 years in public life, Hillary Clinton has studied these forces and weighed responses to these problems. Our endorsement is rooted in respect for her intellect, experience, toughness and courage over a career of almost continuous public service, often as the first or only woman in the arena.

…She is one of the most tenacious politicians of her generation, whose willingness to study and correct course is rare in an age of unyielding partisanship. As first lady, she rebounded from professional setbacks and personal trials with astounding resilience. Over eight years in the Senate and four as secretary of state, she built a reputation for grit and bipartisan collaboration. She displayed a command of policy and diplomatic nuance and an ability to listen to constituents and colleagues that are all too exceptional in Washington.

Mrs. Clinton’s record of service to children, women and families has spanned her adult life. One of her boldest acts as first lady was her 1995 speech in Beijing declaring that women’s rights are human rights. After a failed attempt to overhaul the nation’s health care system, she threw her support behind legislation to establish the Children’s Health Insurance Program, which now covers more than eight million lower-income young people. This year, she rallied mothers of gun-violence victims to join her in demanding comprehensive background checks for gun buyers and tighter reins on gun sales.

…Through war and recession, Americans born since 9/11 have had to grow up fast, and they deserve a grown-up president. A lifetime’s commitment to solving problems in the real world qualifies Hillary Clinton for this job, and the country should put her to work.

This is the Clinton her supporters know, a woman who has taken risks where she assessed they could be taken and who has followed the path of pragmatism when required. A person and a politician who dares to be bold and refuses to be anything less than indomitable.

The Times focuses solidly on Clinton's accomplishments, while not concealing that she has made mistakes. But crucially, they make note of how she has addressed and learned from these mistakes. It is not practical to expect a politician with a 40-year career to have been flawless, and the wholly unreasonable standards of perfection to which Clinton is frequently held are, refreshingly, not present here.

To acknowledge the complexity of her career, and her ability to come back from both error and defeat, does Clinton the great service of subverting the dehumanization facilitated by imposed perfectionism—and underscoring that she possesses one of the key qualities progressives do and should expect of their leaders: The capacity to progress.

What is most remarkable about the Times' endorsement is that it captures, in a way few major media endorsements have, who Clinton really is. From the spaces in between every word and line emerges a picture of the Hillary Clinton her millions of supporters know and admire.

The Times editors have not fallen into the lazy trap of substituting a caricature for her actual character, nor have they greedily withheld deserved enthusiasm or buried it beneath reflexive caveats.

It is, at long last, the endorsement she deserves.