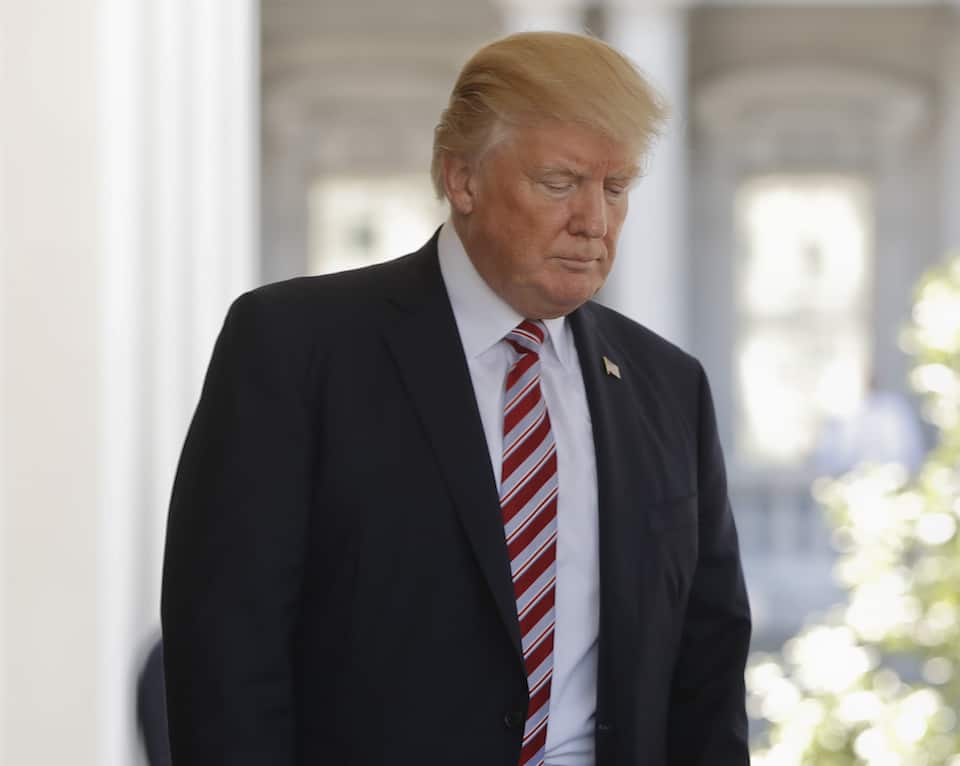 After news of the Comey memo broke, betting market shares in "Will Donald Trump be impeached in 2017?" jumped in value on PredictIt.org.

Donald Trump is already embattled over his decision to fire FBI Director James Comey in the middle of the Russia investigation and to give highly classified Israeli intelligence to Russian diplomats.

On Tuesday, he was dealt a fresh blow by reports that Comey had written down a conversation with Trump during which he pressured him to end the investigation into ex-National Security Adviser Michael Flynn.

Even Republicans are demanding the administration turn over the memo, which, in addition to potentially implicating Attorney General Jeff Sessions and Deputy Attorney General Rod Rosenstein in a cover-up, could be the clearest evidence yet that Trump committed obstruction of justice.

The pressure is mounting to remove Trump from office. Democratic lawmakers are calling for impeachment, and polls show the public supports impeaching Trump by a margin of 48 to 41.

But even more ominously for Trump, investors in prediction markets seem to think there is a very serious chance impeachment will actually happen.

On PredictIt.org, YES shares in "Will Donald Trump be impeached in 2017?" leapt Tuesday night from 24 cents per share, and as of Wednesday morning are currently hovering between 28 cents and 32 cents.

Meanwhile, shares in the more generally worded "Will Donald Trump be president at year-end 2017?" have been sinking fast since May 10, losing 16 percent of their value and currently trading at 67 cents.

As the American people have lost confidence in Trump, so to have prediction-market investors. Trump is on a course to end his presidency in total disgrace, and an increasing number of people are willing to stake money on it.