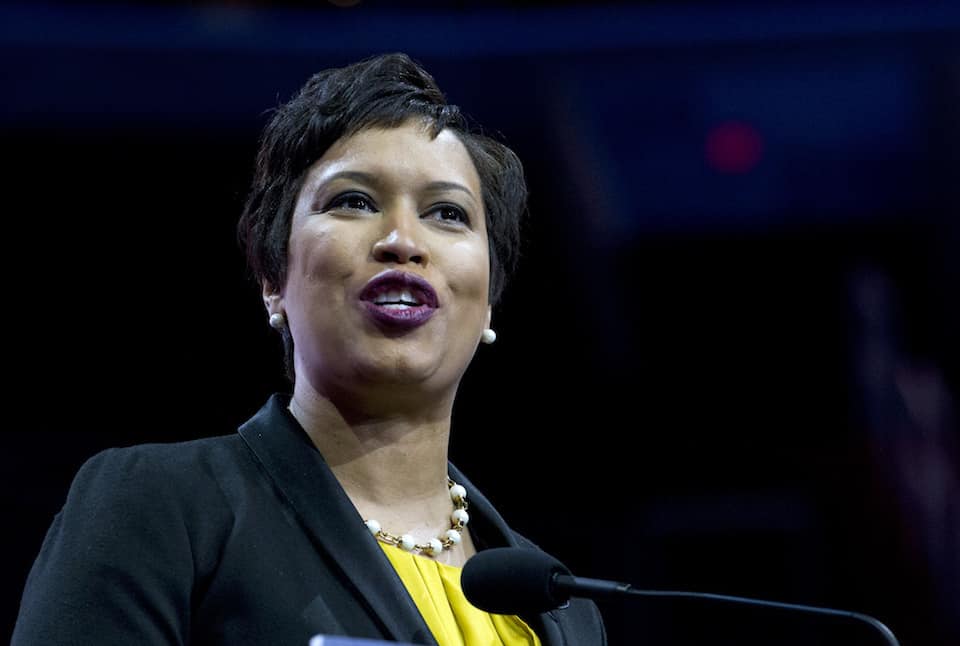 2017 may be the beginning of the Trump administration, but that will not be the only story told in the history books. In cities across the country, this is also "The Year of the Black Woman Mayor" — and those women are ready to make their voices heard.

The resistance against the Trump administration continues to spread, and one key avenue is the indefatigable and relentless power that Black women are bringing to the forefront.

As Donna M. Owens of Essence Magazine reports, 2017 is "The Year of the Black Woman Mayor."

It is not easy for Black women to enter the political arena, as they face the double whammy of racism and sexism from opponents and the public, and thus are starting from a greater disadvantage than Black men or white women. And when even a long-serving Congresswoman like Maxine Waters is targeted with bigoted, misogynistic "jokes" by major media figures, it would certainly be a daunting prospect to leap into that fray.

But just as Waters will not be "intimidated" so easily, so too will many Black women make sure their voices are heard over the attempts to demean or dismiss them.

While presidential and other nationwide races take up most of the media airtime and attention, local level politics have always been a key stepping stone to those higher races. As Owens notes, according to the U.S. Conference of Mayors, there are currently 25 Black female mayors in locations with populations over 30,000, including Muriel Bowser in Washington, D.C., Catherine Pugh in Baltimore, and Ivy Taylor in San Antonio, Texas.

And others are ready to join their ranks, like Ingrid LaFleur and Myya D. Jones in Detroit; Nekima Levy-Pounds in Minneapolis; Yvette Simpson in Cincinnati; as well as possibilities in New Orleans and Cleveland.

Jessica Byrd of Three Point Strategies, a consulting firm that helps train progressive candidates of color, declared that "Black women are running and winning," telling Owens that they tend to enter politics for two reasons: Either they "want to fix something or they're mad as hell." Seeing city governments that are overwhelmingly white and male, and are not responsive to the needs and issues facing their Black constituents, Black women see a place for themselves to put those issues at the forefront and to get things done to improve the lives of their families and neighbors.

Byrd emphasized the need for communities of color to pay attention to their local races,

because those officials are making decisions about the quality of your daily life. They're making sure the trash gets picked up, [maintaining] the quality of the schools your children attend, [appointing] the police commissioner and [deciding] which criminal cases are prosecuted. We need Black women in these top positions.

Alongside the over 10,000 women whom EMILY's List reported had contacted them about running for office, organizations like Byrd's, as well as Higher Heights and The National Organization of Black Elected Legislative Women (N.O.B.E.L. Women), are ready to help increase Black women's visibility and viability in the political arena — which is good news for the country as a whole.

As N.O.B.E.L.'s National Executive Director Waikinya Clanton declared about Black women to Owens: "Once we have the knowledge, we're unstoppable."