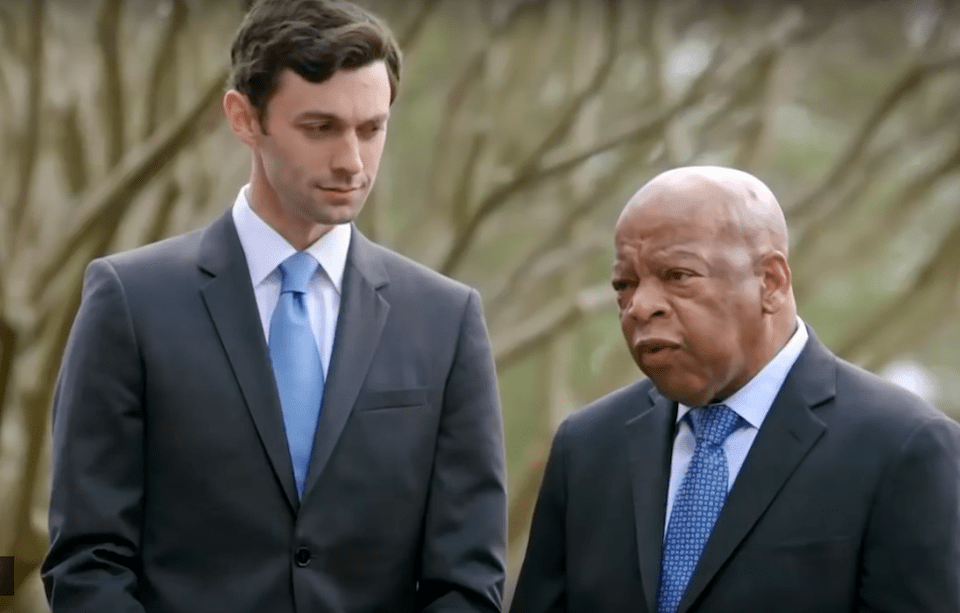 YouTube/Jon Ossoff
Get The American Independent in your inbox

The unlikely Democratic challenger for Health and Human Services Secretary Tom Price's congressional seat has drawn national attention. And he has put the GOP on the defensive in a solidly Republican district.

The special election to fill the congressional seat vacated by Donald Trump's Health and Human Services Secretary Tom Price was never supposed to be competitive. Georgia's Sixth Congressional District, which contains the northern suburbs of Atlanta, has not been held by a Democrat in nearly forty years.

But in the three months since a young, almost-unknown filmmaker and former Democratic congressional staffer named Jon Ossoff announced his candidacy, he has completely upended the conventional dynamics.

So far, Ossoff has raised $3 million for his campaign; on average, Democrats running for this seat usually raise around $10,000. Republicans have been alarmed by these numbers for months. Paul Ryan's super PAC took out million-dollar attack ads against him, one of which backfired so spectacularly it actually boosted Ossoff's fundraising even more.

He has also racked up an incredible roster of endorsements, from progressive organizations like End Citizens United to civil rights hero John Lewis, who starred in a powerful ad framing a vote for Ossoff as an act of resistance to Trump:

This is Congressman John Lewis. I've spent my entire life fighting for justice in America. Now, Donald Trump is putting everything we have accomplished at risk. That's why I'm supporting Jon Ossoff in the special election on April 18th. I've known Jon Ossoff for many years. I know he will hold Donald Trump accountable. Friends, I'm calling on you to support Jon Ossoff, and make sure Donald Trump hears us all on April 18th.

In a congressional district where many college-educated suburban Republicans voted against Trump, this is a brilliant message. And so far, early voting numbers suggest it may be working:

Democrats are not hesitating to press their advantage. Actors Christopher Gorham and Alyssa Milano traveled to Georgia to canvas for Ossoff, and even personally drove voters to the polls:

Georgia uses a jungle primary system for congressional districts: Rather than letting each party pick one candidate for the general election, every candidate from both parties appears on the ballot at once, and if nobody gets more than 50 percent of the vote, the top two winners advance to a runoff election. Ossoff will almost certainly qualify for a runoff in that scenario; there are way more Republicans on the ballot than Democrats, so he will probably have the largest overall vote total.

Polls suggest his most likely GOP opponent in a runoff would be Karen Handel, the former Georgia Secretary of State, although some Republican groups are still bitterly divided over her, and Trump seems uninterested in lifting a finger to help her:

Wait, what? Asked if Trump will help out in bellwether GA 6th race for Tom Price seat, responds "I've not even thought about it." pic.twitter.com/xfUesugd83

Even more encouragingly, polls also suggest Ossoff would be competitive in the runoff. A survey from Opinion Savvy shows Ossoff leading a hypothetical two-way race with three out of the four strongest Republican candidates, including Handel.

The upshot is that Ossoff has a serious chance to win, upsetting the Republican status quo in Georgia. Larry Sabato of UVA's Center for Politics agrees, and has just changed the race's rating from "Likely GOP" to "Toss-up."

The fact that Republicans are struggling on their own turf, let alone in a special election, has deep implications for the 2018 midterms and for the newfound power of Democrats to organize. Trump has awakened a new Democratic grassroots all around the country, and people are ready to fight.