Home National 'The rich will not be gaining at all.' Trump insults America with...
Support progressive journalism.
Donate today 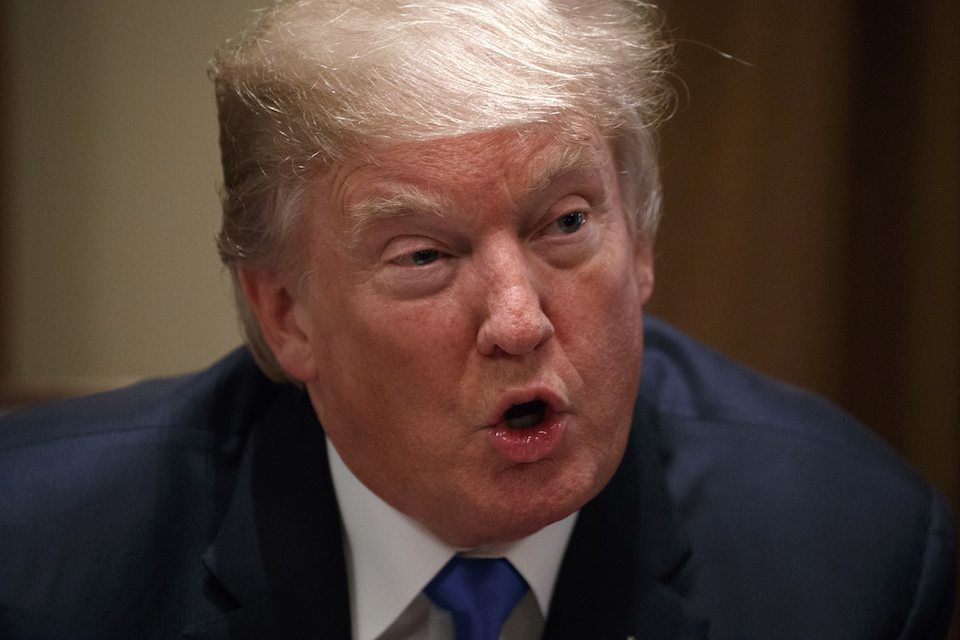 Donald Trump is pretending his so-called tax plan won't benefit the wealthiest Americans. Who does he think he's fooling?

Telling bald-faced lies is a regular, if not daily, practice for Donald Trump and his administration. Trump's list of lies is so long, and so absurd, that media outlets have compiled running lists to try to keep track of them.

But on Wednesday, Trump told one of his more amazing and incredible whoppers, during a meeting of bipartisan lawmakers to talk about tax reform.

"The rich will not be gaining at all with this plan," Trump said.

It is an absurd and insulting lie that is in no way supported by anything Trump has said or done, or any bill his party has proposed.

Trump, and his fellow Republicans, have unabashedly called for "tax reform" that would benefit the uber-rich, and every plan they've put forward would pay for those cuts by gutting critical programs that a majority of Americans rely on, including Medicaid and Social Security.

Republicans attempted to achieve this in their failed bill to repeal Obamacare. Now that they are focusing on tax reform, they are not giving up this long-desired Republican dream of giving major corporations massive tax cuts, at the expense of average American workers.

But that's not what Trump said when a reporter asked him about his so-called tax plan.

REPORTER: Will the wealthy have higher taxes?

TRUMP: I think the wealthy will be pretty much where they are. If we can do that, we'd like it. If they have to go higher, they'll go higher, frankly. We're looking at the middle class, and we're looking at jobs. OK? Thank you very much. Thank you, everybody.

And Trump, whose understanding of tax policy is fleeting at best — after all, it is still unknown whether he even pays taxes — has always spoken in vague terms about giving money back to the people who earn it. That's standard Republican language for lowering taxes on the wealthiest Americans.

What Trump has done is exploit the recent hurricanes to call for tax cuts for billionaires.

Trump's obvious lies about what he and his party are attempting to do with tax reform show that either he has no idea what he's talking about, or, as is so often the case, he has no problem saying something that is absolutely untrue because he thinks it sounds good in the moment.

Either way, it's an insult to American taxpayers who will suffer the burden of those tax cuts for billionaires if Trump gets his way.