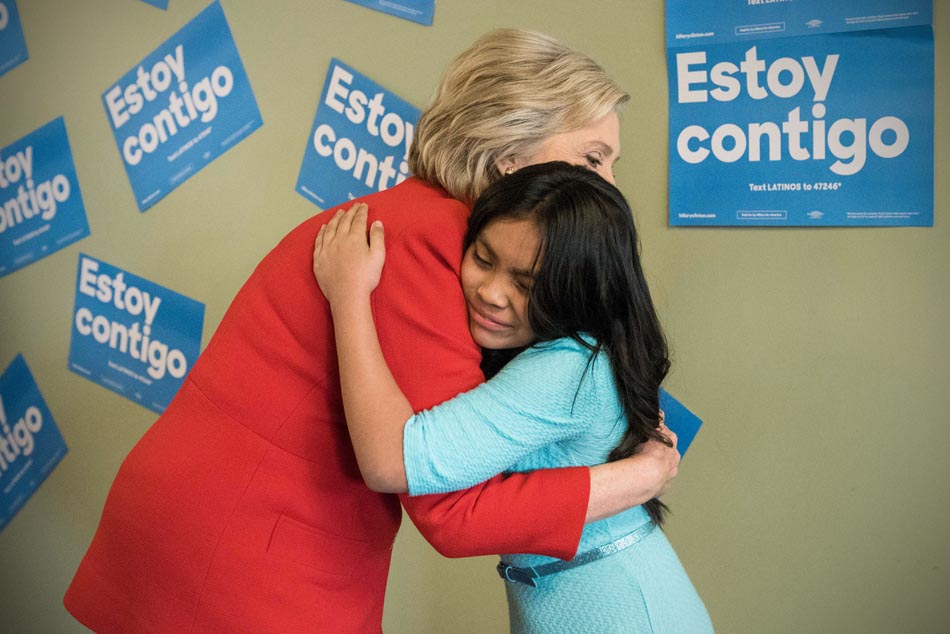 My colleague Peter Daou wrote a beautiful post about Hillary Clinton's new ad, "Martha and Sara," featuring the story of one family who was immeasurably helped by Clinton's advocacy for children. It made me consider what it says about Clinton that she's dedicated so much of her life to a constituency who can't vote: Children.

Hillary Clinton often says that she has spent her life advocating for children, women, and families. She has — but rarely do we consider what this says about her.

And, more specifically, how it crushes so many pernicious narratives about her.

Does someone who is, as she is so frequently said to be, ruthlessly ambitious, who will stop at nothing to seize ever more power, dedicate her life to children, who cannot vote? Who cannot give her money? Who have no cultural power to grant to her?

Part of the reason that there are so few politicians who center their work around children is for this very reason. Children are a special interest group with nothing immediate to offer in exchange for advocacy on their behalf.

When children are invoked in political discourse, it is rarely as their own rights-bearing citizens with diverse needs, but generally as dehumanized political justification for harming a marginalized population from whom they need to be "saved" or "protected." Pro-choice activists, LGBTx people, atheists, etc.

They are often rhetorical tools to most politicians, rather than a demographic in need of passionate advocates.

But not to Hillary Clinton.

Clinton's advocacy on behalf of children goes back more than 40 years. She began her career working for The Children's Defense Fund, an American child advocacy and research group, founded by the woman who would become her mentor — Marian Wright Edelman.

As First Lady of Arkansas, she chaired the Arkansas Educational Standards Committee and co-founded the Arkansas Advocates for Children and Families. She was instrumental in the passage of the State Children’s Health Insurance Program (SCHIP) during her tenure as First Lady of the United States. And these are just the highlights.

In 1973, she wrote an article for the Harvard Educational Review in which she laid out a radically compassionate vision of children's rights, which would still be controversial among many people to this day:

Child citizens, although their needs and interests may be greater than those of adults, have far fewer legal rights (and duties). Indeed, the special needs and interests which distinguish them from adults have served as the basis for not granting them rights and duties, and for entrusting enforcement of the few rights they have to institutional decision-makers.

But among those rights is not the right to vote. They are neither a wealthy nor influential constituency.

She advocates for children, and pursues policy that improves their lives, because it is the right thing to do.

I am not sure even most adults understand how special that really is.

Amy Coney Barrett is a dangerous threat to the LGBTQ community, experts say

Amy Coney Barrett is a dangerous threat to the LGBTQ community, experts say