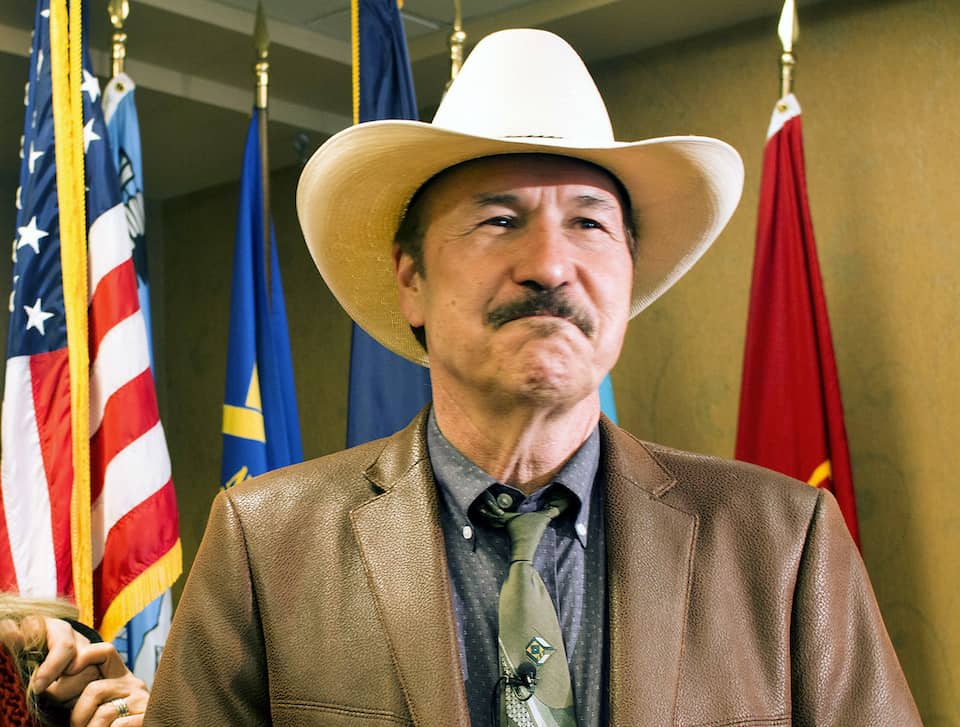 (AP Photo/Bobby Caina Calvan, File)
Get The American Independent in your inbox

Republicans are scrambling to stop Montana's Democratic celebrity folk singer Rob Quist from pulling off an upset in yet another special House election, but are hamstrung by a terrible candidate and tone-deaf messaging.

The past few months of special elections have been endlessly nerve-wracking for the GOP.

In April, Republicans nearly lost a congressional race in Kansas's 4th District, one of the most conservative seats in the country. Meanwhile, they are still struggling in Georgia's 6th District, where Democrat Jon Ossoff is neck and neck with pro-Trump career politician Karen Handel.

The Democratic candidate is Rob Quist, a locally renowned political folk singer-songwriter best known in Montana as the former guitarist and banjo player in the Mission Mountain Wood Band. He has also served on the Montana Arts Council, where he enacted an anti-bullying initiative and protected arts funding for Montana schools.

Quist has campaigned on his political independence, at one point responding to accusations he would strip people of gun rights by shooting a TV. He is a staunch supporter of overturning Citizens United, and has run on protecting public lands, education funding, and reproductive rights.

His Republican opponent, Greg Gianforte, is a tech millionaire and a transplant from New Jersey, who ran a failed campaign for governor in 2016 against incumbent Steve Bullock.

Gianforte has drawn fire for his donations to anti-LGBT hate groups, and for discriminating against disabled employees at his business. He was caught on tape praising the disastrous GOP health care repeal bill in a phone call with corporate lobbyists, something he is trying to back away from.

He also owns shares in state-run Russian oil companies under U.S. sanctions, and in a European cement company accused of paying off ISIS.

Republican interest groups like the Chamber of Commerce are desperately flooding this election with last-minute ad buys, scared they may lose this seat. Meanwhile, the Democratic Congressional Campaign Committee just injected $400,000 into the race, independent Vermont Sen. Bernie Sanders is campaigning for Quist, and he is being boosted by a joint campaign of progressive organizations, including SwingLeft, the Progressive Change Campaign Committee, MoveOn.org, and Democracy for America.

Quite aside from Gianforte's personal scandals, part of the problem for Republicans is that, while Montana is solidly red in presidential races and this House seat has been held by the party for 20 years, conventional right-wing messaging does not sit well with Montana voters.

As BuzzFeed's Anne Helen Peterson writes in her fascinating synopsis of the race, a large number of Montana voters deliberately split their ticket because they view divided party control as a natural check on government power:

Here’s what you need to understand about Montana before all else: It’s a state where 56% of voters backed Trump — but that same election, 50.2% also voted for their Democratic governor, Steve Bullock. In 2012, 48.6% voted for Senator Jon Tester, also a Democrat. Traveling over a thousand miles in the state, I talked to many Montanans who’d voted this way — and were incredibly proud of it. In Montana, the independent voter isn’t a mythical unicorn. It’s a way of life.

Republicans do not seem to understand this, and have tried to run a conventional partisan red contest, attacking Quist as a "hippie" and "Nancy Pelosi in a cowboy hat." By contrast, Quist has spurned discussion of parties and focused solely on issues.

Montana is yet another reminder of how Republicans are on the defensive now that they are a unified governing party. Voters around the country are starting to see the GOP only cares about power, and candidates like Quist who are out to truly represent the people are finding fertile ground. Whatever happens next week in Montana, this should scare Republicans.