Home National The success of Moral Mondays in North Carolina is a template for...
Support progressive journalism.
Donate today 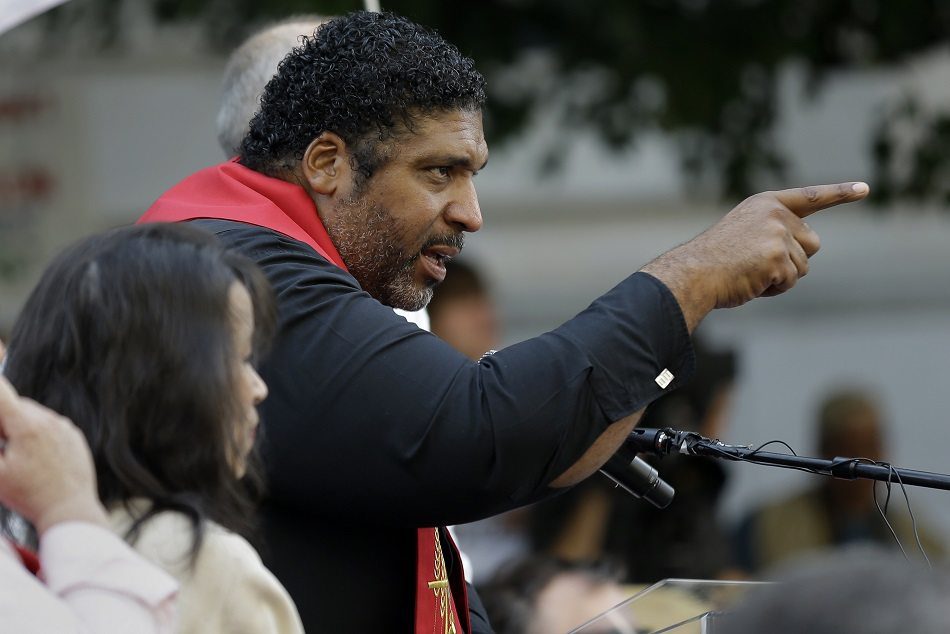 The Moral Mondays coalition has had a major impact on behalf of progressive politics in North Carolina and is now credited with the defeat of Republican Governor Pat McCrory. Their strategy provides a powerful guide for a nationwide version of their transformative and tenacious activism.

Reverend William Barber II was a familiar face in North Carolina before he got a prime speaking spot at the Democratic National Convention this past June. His fiery introduction to the rest of the nation made it immediately clear why sustained protests in North Carolina worked so well: Barber spoke not just to the need for democratic values but to the need for good people to stand up against what is wrong.

Barber's interfaith coalition of non-partisan, non-profit groups is at the heart of Moral Mondays, a three-year long movement that is now being credited with defeating North Carolina Republican Governor Pat McCrory in his 2016 bid for reelection. And it is precisely this kind of sustained protest, of which Barber is a primary organizer, that forms a template for how Americans can respond to a Trump presidency.

And on the following Monday, and many more Mondays after, people kept showing up.

Thanks to the organization of what Barber calls his “transformative fusion coalition,” groups from around the state came together to put pressure on the McCrory government. The protests were covered extensively by local and national media, ensuring that fellow North Carolinians saw and heard the protesters’ message — significantly lowering McCrory's approval ratings.

By the time the infamous, discriminatory anti-transgender “bathroom bill” rolled around in early 2016, Moral Mondays had already engaged in a sustained effort to pressure McCrory on everything from Medicaid expansion to voting rights. The structure was already in place to capitalize on national outrage about the anti-transgender law, and media were there to cover every moment of the protests.

According to Public Policy Polling, these protests and the structures that built them are responsible for defeating McCrory in his reelection bid this past November:

"The seeds of McCrory's defeat really were planted by the Moral Monday movement" led by @RevDrBarber & @ncnaacp https://t.co/zSGXFTUf5K pic.twitter.com/c825IVc4xz

Coalition members are pleased with the results. Jen Jones, Communications Director at Democracy North Carolina, one of the coalition members, told Shareblue:

The success of the Moral Monday movement lies with its consistency and how early the movement started to question regressive policies that came out of the General Assembly. ... It's important not simply for movements but for voters not to lose sight of what drives. Moral Monday kept these issues front and center in voters' minds and that seems to be reflected in the governor's race.

The success of North Carolina's fusion coalition demonstrates a potential path to success against a Trump-helmed government. Persistent action that earns the attention of the media, and speaks not only to the government but to voters themselves, can seriously change the landscape. The Moral Mondays protests consist of numerous LGBT groups, interfaith non-profits, and nonpartisan organizations — a coalition that would need to be replicated (and could be) on a national scale to achieve the success of North Carolina's protests.

We want people to understand that they really do have power and the importance of participating in the political process if you want to see change happen. [...] Change always happens from the bottom up. People in power will never give it up willingly — they have to feel the pressure from the bottom up.

Sustained, grassroots organization with a diverse coalition of voices really can move mountains, as North Carolina has demonstrated. With a president-elect who promises to be a constant and present threat to civil rights, learning from the success of Moral Mondays' many victories, including defeating McCrory, is crucial.

As Jones told me: "These types of tactics are catching up with the states, and ... that will have an impact in 2017 and beyond."