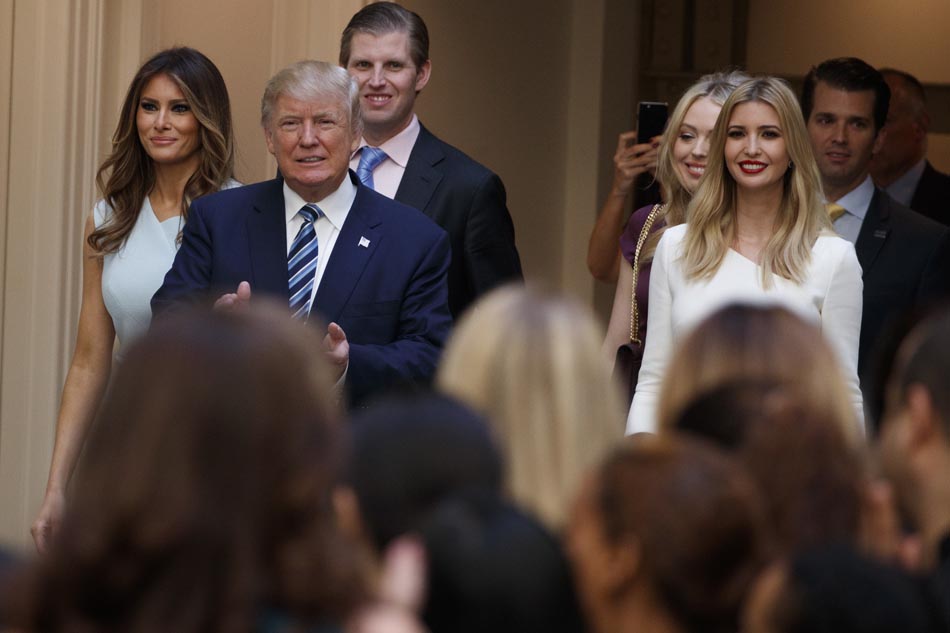 From Newt Gingrich’s call for Congress to change ethics laws, to news that the Trump team is considering a "half-blind trust" for him to keep a hand in the management of his businesses from the White House, Trump continues on course to arrive in office as a "walking, talking violation" of the Constitution.

As President-elect, Donald Trump has "made a practice of freely mixing the business of the United States of America and his private business interests." My colleague, Melissa McEwan, detailed for Shareblue the gravity of Trump’s entanglements:

Reports on the myriad ways in which Trump may be compromised, as both head of state and head of government, by his business dealings are coming so fast and furious that we risk becoming inured to the gravity of the risk we all face.

Trump’s extensive conflicts of interest around the world (notably including Russia) and in the United States are unprecedented. The potential for bribery, self-enrichment, and even terrorism, are elevated the day he takes the oath of office — but he called off the press conference in which he was to announce his plan to address these conflicts prior to entering the Oval Office.

The potential detriment to the American people of Trump prioritizing his personal financial interests over the public interest is made even more dangerous by the fact that he has refused to reveal his tax returns or the extent or nature of his business holdings. Furthermore:

There is already the appearance that the Trump family is engaged in enriching itself further through Donald Trump’s presidency. Trump’s children are talking business with foreign leaders and businesspeople during the transition and openly selling access to themselves and the president-elect. Since the actual scope of Trump’s businesses remains shrouded in secrecy, we have no way of knowing the true range of his potential conflicts and avenues of corruption.

Newt Gingrich recently pitched to Congress the idea of enacting a "rich guy" exception to federal ethics laws to help Trump evade widespread calls for him to divest from his business enterprises while in office. Now, there are indications that Trump’s team is considering a "half-blind trust," or discretionary trust, possibly managed by a family member, which removes Trump from direct ownership of his businesses as a cosmetic nod to ethics laws, but still enables him to make money from these businesses, as well as obtain information and insights regarding how the businesses are being managed.

The Washington Post described it as an arrangement that is "labeled a 'trust' but still allows him to use the presidency to increase his wealth."

Richard Painter, a former ethics lawyer in President George W. Bush’s White House, called this possible arrangement "highly inappropriate," adding: “To have someone baby-sit your conflict-creating assets while you go around and do whatever you want, in my view that’s a violation of at least the spirit of the rules and that’s an abuse.”

A true blind trust is one in which "a president would typically sell his business, and then have an independent trustee — someone with no familial ties — reinvest the proceeds in assets the president doesn't even know have been selected."

Though not foolproof, it balances the public interest in ensuring that the leader of the American people and America’s armed forces is not compromised by personal financial or familial interests, while enabling that leader to make a fair return, and not forfeit, the wealth they created prior to taking office. Since the President does not know the timing or details of the trustee’s sell-off of assets, the potential for compromised decisions as president is at least lessened significantly, if not eliminated.

A "half-blind" trust that either involves family members or enables the President to know how his assets are being managed, or both, is no safeguard against conflicts of interest. In light of the fact that the president-elect will be in violation of the Emoluments Clause of the Constitution, an impeachable offense, as soon as he is sworn into office, if he does not do something to address his rampant conflicts of interest, then full divestment of the sort demanded by Congressional Democrats is the only viable course of action.

As Norman Eisen, Richard Painter and Laurence Tribe summarized in their extensive analysis of the unconstitutionality of Trump’s conflicts of interest:

Ultimately, having run for President and prevailed in Electoral College votes, Mr. Trump must make sacrifices in exchange for the awesome powers and responsibilities he will now inherit. That is the design of the Constitution, to which Mr. Trump is always subject.

From the Russian interference in our presidential elections to the "subversion of the nation’s interests" caused by the president-elect’s conflicts and incidents of self-dealing since the election, the Trump presidency is already shaking the foundation of our democracy, even before Inauguration Day.

And this latest proposal does nothing to meaningfully address Trump's capacity for abuse of his power nor his potential to be compromised, much less prevent future damage to the interests and safety of the American people.