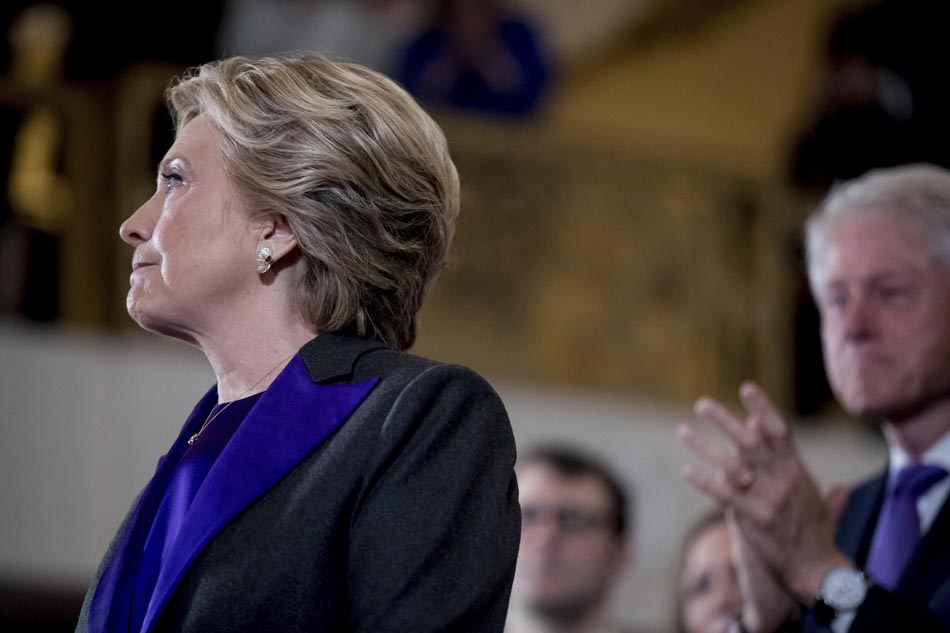 Rebecca Solnit has written a must-read rebuttal to the growing contention that Hillary Clinton was not a strong candidate. After all, "it took decades of scheming to beat her," and, even then, she will win the popular vote by a significant margin.

Hillary Clinton's opponents and the corporate media — who were too frequently one and the same — spent the election trying to invisibilize her supporters and our enthusiasm for her candidacy.

Now that the election is over, the emergent narrative that Clinton was a "weak" candidate is being employed to erase that she was, in fact, a powerful contender who will win the popular vote by as much as 2 points despite being systematically maligned and smeared for 18 months.

It is an accomplishment achieved, as Rebecca Solnit splendidly argues, in spite of the decades-long conservative campaign to derail her.

Sometimes I think I have never seen anything as strong as Hillary Clinton. That doesn’t mean that I like and admire everything about her. I’m not here to argue about who she is, just to note what she did. I watched her plow through opposition and attacks the like of which no other candidate has ever faced and still win the popular vote. To defeat her it took an unholy cabal far beyond what Barack Obama faced when he was the campaign of change, swimming with the tide of disgust about the Bush administration. As the New York Times reported, “By the time all the ballots are counted, she seems likely to be ahead by more than 2m votes and more than 1.5 percentage points. She will have won by a wider percentage margin than not only Al Gore in 2000 but also Richard Nixon in 1968 and John F Kennedy in 1960.”

Defeating Clinton in the electoral college took the 2013 gutting of the Voting Rights Act by Republican appointees to the supreme court. It took vast Republican voter suppression laws and tactics set in place over many years. It took voter intimidation at many polling places. It took the long Republican campaign to blow up the boring bureaucratic irregularity of Clinton’s use of a private email server into a scandal that the media obediently picked up and reheated.

Solnit continues detailing the many, many things it took to defeat Clinton and elect Trump. And then she concludes by recognizing Clinton's "extraordinary strength, tenacity, and courage in facing and nearly overcoming an astonishing array of obstacles to win the popular vote. Which reminds us that Trump has no mandate and sets before us some of the forces arrayed against us."

Clinton was not a weak candidate. And her supporters are no pushovers, either. We will not let history be rewritten in a way that suggests the president-elect has a mandate he fundamentally does not have for policies that are fundamentally out of step with our core values.