Home National 'This had to be orchestrated.' GOP conspires cover-up for Trump with new...
Support progressive journalism.
Donate today 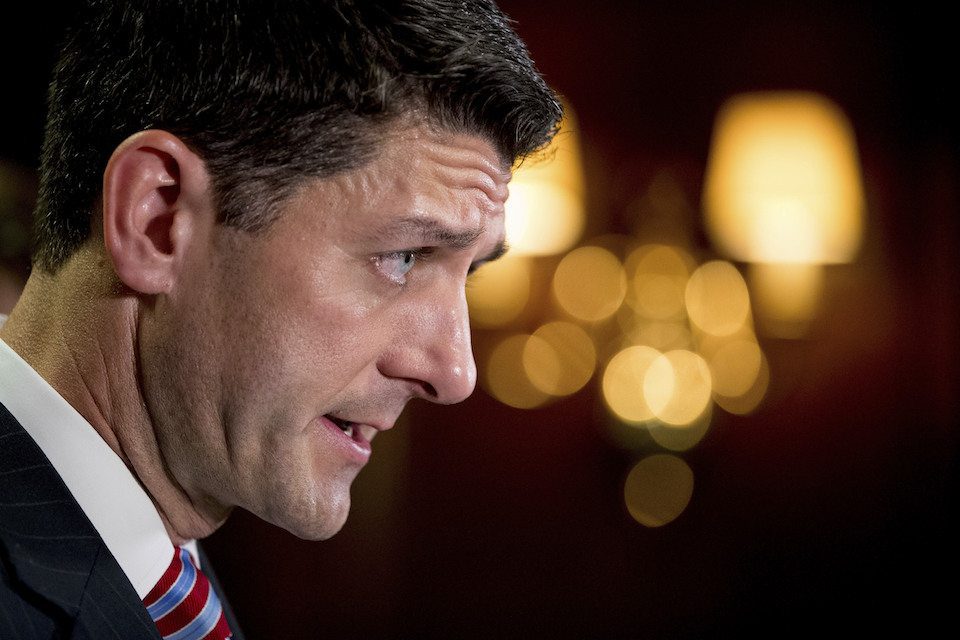 Speaker Paul Ryan and his fellow Republicans rolled out not one but two congressional investigations into private citizen Hillary Clinton to deflect from Trump's growing scandals.

With Republicans on Capitol Hill suddenly scrambling to re-investigate Hillary Clinton and treat her as she were a scandal-ridden president of the United States, Democratic leaders are stressing how transparently partisan the newly announced inquiries are.

“This had to be orchestrated with the approval of the speaker of the House,” noted Rep. Adam Schiff (D-CA) during a Wednesday appearance on MSNBC. He pointed to the fact that the investigations will involve three separate committees, meaning the inquiries are deeply plotted and, he says, being done for obviously political reasons — to deflect attention away from growing White House woes. He says the inquiries are also being done in bad faith.

“We saw what happened with Benghazi,” said Schiff, referring to the nearly four-year fishing expedition the GOP sponsored during President Barack Obama’s second term in office, as the party desperately tried to manufacture a “cover-up” scandal surrounding the 2012 terror attack. “You can’t do a good investigation if it's conducted in bad faith.”

One of the new Clinton inquiries will revisit, yet again, the issue of Clinton’s private emails during her time as secretary of state, and specifically how the Department of Justice handled that inquiry. The other will address the 2010 sale of American uranium production capability to a Russian state-run energy conglomerate, and the Obama administration’s approval of that sale — a supposed scandal that was debunked in 2015.

Both investigations smack of a deliberate attempt to move the focus away from Trump and his White House, which has been under non-stop investigative scrutiny this year, particularly surrounding the mountain of evidence pointing toward Russia’s interference in the election on his behalf.

SCHIFF: I wasn’t part of any conversations about the initiation of these new investigations so I can’t comment on what meetings or discussions took place. But I can say this. There are three committees involved in these new investigations: Judiciary Committee, Government Reform Committee, and the Intelligence Committee. This had to be orchestrated with the approval of the speaker of the House. So this is a partisan effort to distract. It’s a partisan effort aligned with what the White House has been urging, and Fox and Breitbart and which there was no consultation with the Democrats in Congress. And I think that tells you all need to know about whether this is good faith or not.

Specifically, the revived uranium witch hunt revolves around a single “flimsy” news report from The Hill, which the Washington Post has already shown to be dubious and thin in terms of content.

It’s hardly enough to launch an unprecedented investigation into a now-private citizen regarding a government-approved sale seven years earlier. It’s also unprecedented in modern American history for one political party to launch investigations into the other party’s losing presidential candidate, and do it one year after the election is over.

Meanwhile, note that the Republican-controlled Congress, suddenly so anxious to investigate Clinton, still has not authorized any investigations into the deadly ISIS-led raid in Niger, where four Americans were killed.

Today's GOP, though, has its priorities.