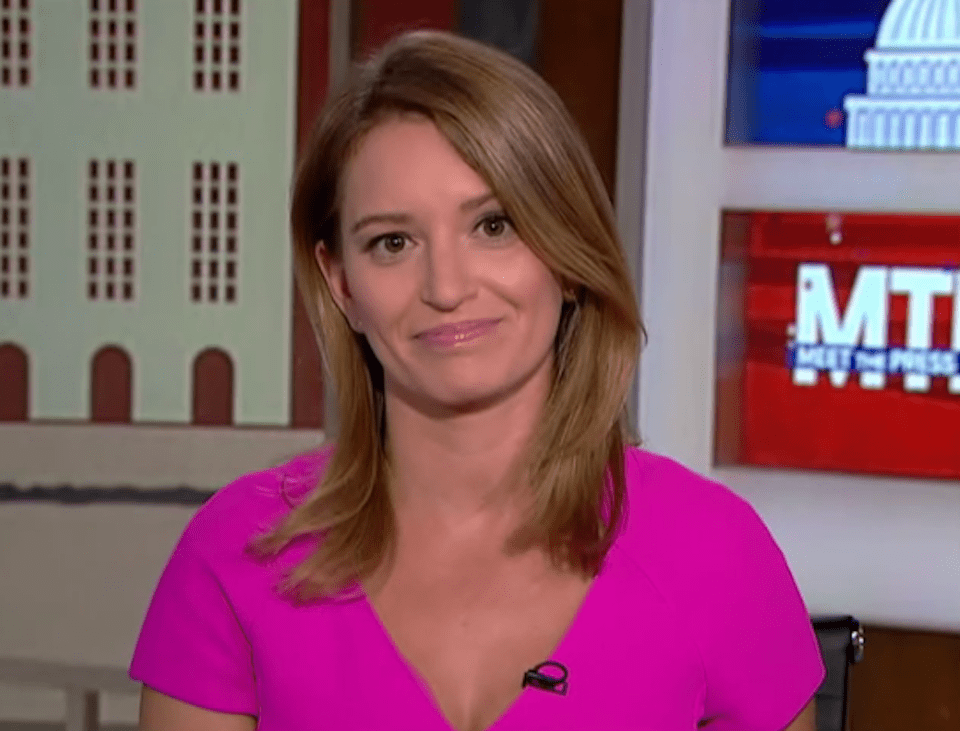 Members of Trump's "voter integrity" commission have a hard time answering why they're chasing after a problem that doesn't exist.

Members of Donald Trump’s commission on “voter integrity” don’t like being reminded that they’re investigating allegations of voter fraud even though election experts have spent years confirming the United States does not have a voter fraud problem.

That could be one reason why secretaries of state across the country, including dozen of Republican office holders, are refusing to comply with the commission’s recent request for voter data. (Mississippi’s secretary of state to Trump's team put it bluntly: “They can go jump in the Gulf of Mexico.")

On Thursday, MSNBC’s Katy Tur hosted Republican Ken Blackwell, Ohio’s former secretary of state and a member of Trump’s commission. She was asking why there was a need for a “voter fraud” commission in a country without serious ballot fakery. That's when Blackwell jumped in and tried to cut off her questioning.

BLACKWELL: Let me stop you right there.

BLACKWELL: Let me stop you right there.

TUR: This is not your show, sir. I'm going to finish what I'm saying.

BLACKWELL: Let me stop you—

TUR: Please stop talking. Please stop. Just for one second so I can just — let me ask my question, and then you can answer it.

When Blackwell finally acceded, Tur mentioned research conducted by a Loyola University Law School professor who found 31 instances of possible voter fraud amidst one billion ballots cast between 2000 and 2014.

Pressed about the commission’s mission, Blackwell pivoted and claimed there are widespread problems with voter registration files and outdated voter rolls. But that’s not voter fraud. Not even close.

Trump still clings to the fantasy that three million people voted illegally last November, which is why journalists need to keep demanding answers for why a commission on voter fraud is needed when there’s no evidence it’s a problem.