Home National This is the thing you MUST understand about Mike Pence
Support progressive journalism.
Donate today 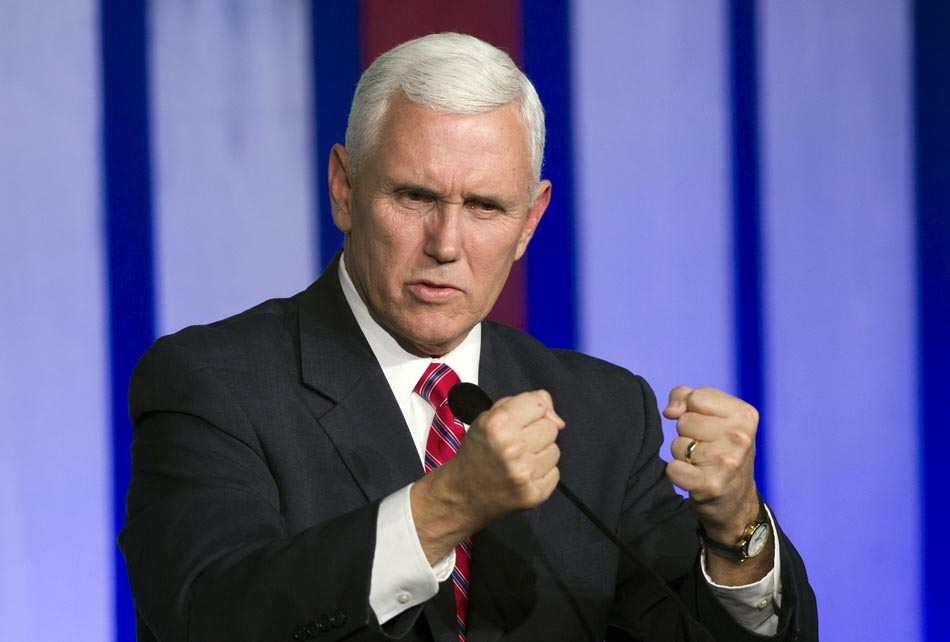 Under the chilling headline "Pence Well-Positioned to Further Expand the Vice Presidency," Gallup confirms precisely the thing about which I have been warning. Here is what you need to understand about the man who is poised to become the most powerful veep ever.

That sound you hear is me still ringing the alarm about Vice-President-elect Mike Pence and his outsized influence in the incoming Trump administration.

As I have previously observed, Pence is shaping up to be one of the most powerful seconds-in-command in U.S. history. Today, Gallup notes that his influence is bolstered by Donald Trump's lack of experience:

As has been true for previous vice presidents, Pence's background complements that of the president. But this seems particularly important for the incoming administration, given that Trump will be one of the few presidents without any elected political experience (the last was Dwight Eisenhower in 1952).

Pence's legislative and policy experience may make him the "quarterback" on the White House legislative team who has to deal with complex congressional processes. And his experience as a state governor may make him someone Trump relies on to help navigate 10th Amendment issues.

Trump's comprehensive inexperience leaves a void that Pence will be happy to fill.

Many people have suggested that Pence will eventually try to oust Trump in a bid for power, or that Congressional Republicans will look to impeach Trump to install Pence. This gets Pence completely wrong.

Pence does not operate on ego. To the contrary: He will use the relative obscurity of the vice-presidency to enact the radical agenda which has been the centerpiece of his political career.

No, Pence is not seeking a takeover. He is perfectly content to operate behind the stage of Trump's theatrics while no one watches him.

Pence will work, as quietly as possible, with the Republican majorities in the House and Senate to pass horrifically regressive legislation. Both he and Congressional Republicans will be blissfully content to operate outside the glaring spectacle of Trump, who will be enormously useful in sucking up all the media attention.

I do not believe that Congress will impeach Trump; in fact, I think Pence will make sure they do not, for that very reason.

Pence is smart enough to realize that he has more power without scrutiny.

And he is perfectly positioned to simultaneously: Assist Trump with his awful executive agenda; support Congress in their sinister legislative aims; and work with the Cabinet (which he has clearly shaped) to destroy every federal agency.

Why would he want attention that might undercut his enormous power at the center of this triangle? Trust this: He doesn't.

Which is why I will say once more: Pence would like nothing more than our inattention — and that is precisely why we must keep our eyes on him.