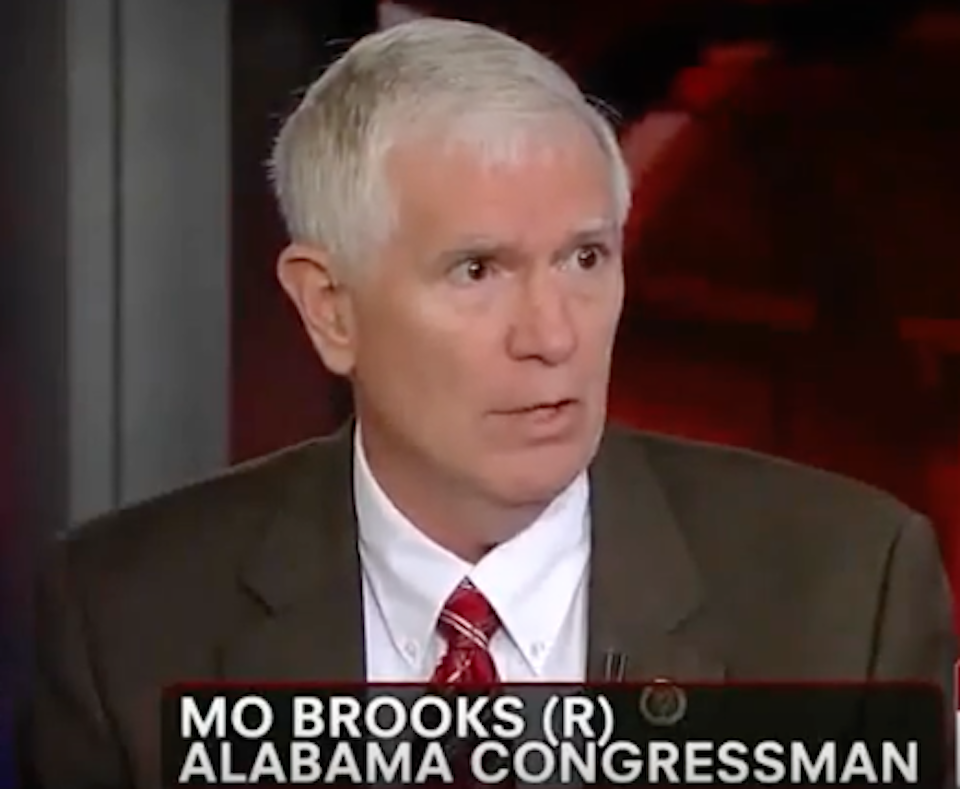 In a stunning move that has even some Republicans shaking their heads in disbelief, Rep. Mo Brooks (R-AL) debuted a campaign ad on Monday that features the audio of the gunshots that erupted last month while Republican congressmen, including Brooks, were holding a baseball practice in Alexandria, Virginia.

The 30-second ad, as part of Brooks’ run for the Senate in Alabama, opens with the sound of gunfire, along with sirens and men shouting "Stay down." The ad then features a real-time news interview Brooks gave on the day of the shooting where he extolled the virtues of the Second Amendment.

Brooks was not injured in the gun rampage, but House Majority Whip Steve Scalise was seriously wounded, shot in the hip. After multiple blood transfusions and several surgeries, Scalise remains hospitalized in fair condition.

The idea of Brooks using and highlighting the shooting in an effort to explicitly advance his political career while his Republican colleague remains hospitalized did not seem to sit well with Scalise’s staffers.

Spox for injured GOP Whip Steve Scalise tells NBC News about new ad: “I guess some people have their own ideas about what’s appropriate” https://t.co/dA09wXKqfF

The day of the shooting, while waiting at the hospital, I avoided the news/audio/video as much as possible. This makes my stomach turn.

An Alabama newspaper columnist recently estimated the shooting had produced "about $1 million worth of free publicity” for Brooks. And that was before he produced the shooting rampage ad.

Earlier this month, Brooks told a reporter, “To the extent people have a better awareness of who I am and how I handle myself, when under stressful circumstances, that's probably good information for voters to know. But if I had my druthers, it would have never happened and my friends would not have been shot."

He’s now featuring audio of the shots that nearly killed his friends in a new campaign ad.

Brooks is running for the Senate seat in Alabama vacated by Attorney General Jeff Sessions. The special primary election is scheduled for Aug. 15.