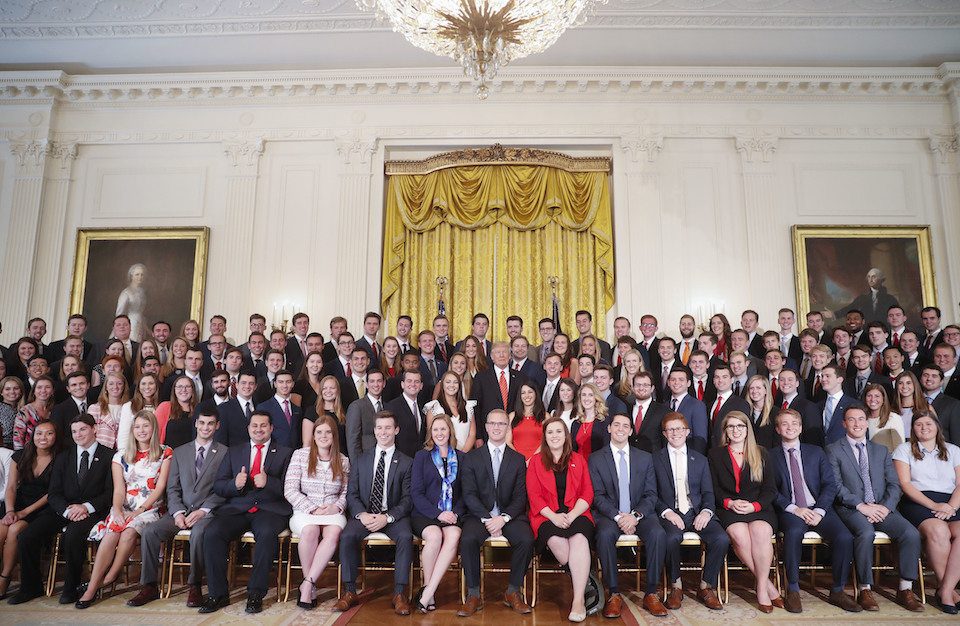 A photo of Donald Trump posing with the latest class of White House interns shows a marked contrast in racial and gender diversity with the group under his predecessor.

It comes as no surprise to anyone paying attention, but it's still a stunning contrast to behold.

A recent photo-op with Donald Trump and the most recent class of White House interns shows a major gap in diversity between his administration and that of President Barack Obama.

By contrast, a photo of one class of interns under Obama shows at least eight Black women, as well as greater ethnic diversity overall, and a more even gender breakdown. Trump's demonstrated hostility towards women and people of color was likely a contributing factor to the pool of applicants who submitted their names to the program.

Trump is well-known for his brand of pompous misogyny, bragging about sexually assaulting women, and since assuming the presidency has repeatedly demeaned and minimized them using the power of his office.

And for decades, Trump has also engaged in racist speech and acts targeted towards Black people, including his promotion of the birther conspiracy theory against President Obama.

Exit polling after the 2016 election showed that this pattern of behavior from Trump echoed at the ballot box: 94 percent of black women voted for Hillary Clinton, while only 4 percent of the same group backed Trump.

And as the very white crowd around Trump shows, those dismal numbers are holding steady.