Home National This Republican would rather brag about risking his own child's health than...
Support progressive journalism.
Donate today 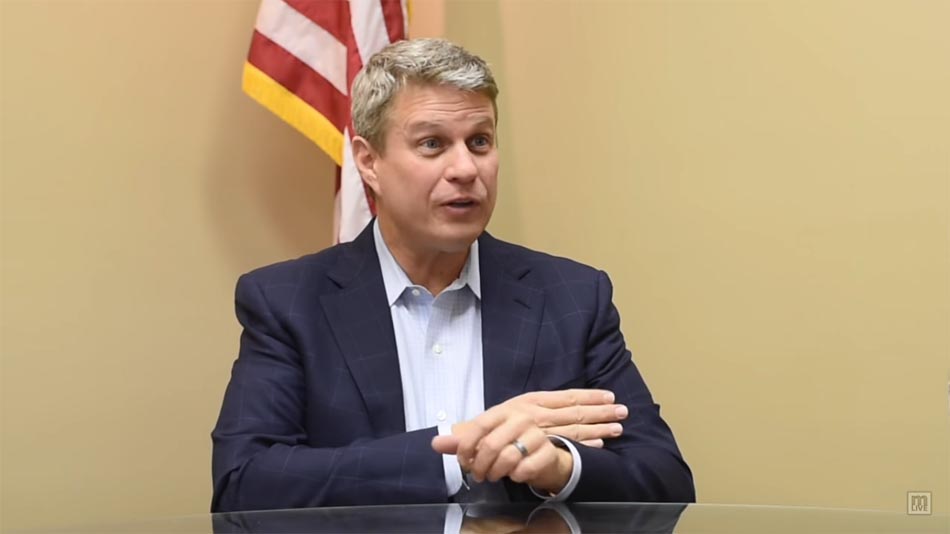 Republicans have repeatedly demonstrated that they are willing and eager to deny health care to the 20 million who have been helped by the Affordable Care Act. But one Republican congressman has taken that effort to a new, outrageous extreme by claiming that he delayed treatment of his own son's broken arm to save a few bucks.

Rep. Bill Huizenga (R-MI), a Donald Trump supporter and congressman from Michigan's second district, marshaled an unusual and absurd argument against the Affordable Care Act recently, telling a local paper that patients should be responsible for holding down costs by delaying or foregoing treatment based on costs.

But even more repugnant is the story he used to illustrate the point: Claiming that he waited to seek treatment for his young son's broken arm in order to save a little money:

There's definitely going to be changes in the health care delivery system. We can't just continue to squeeze providers, to say, 'Okay, well this is how we're going to save money.' It's forcing health care providers, whether they're doctors, hospitals, nurses, you name it, into some very different actions that in most people's opinion is unhealthy. And you know, at some point or another, Shandra, we have to be responsible or have a part of the responsibility of what's going on. Way too often, people just pull out their insurance card and it's like 'I don't know the difference between and— cost between an x-ray, an MRI, or a CT scan,' right? I might make a little different decision if I did know what some of those costs were, and those costs came back to me.

That's why I think HSAs — health savings accounts — having pools of money that we put in as individuals and as families, really can help us try to keep some of those costs down. Because it forces you into making a decision. Like, okay, I just had it: My youngest son went racing out the front door on his way to go to jump on the trampoline. I thought he was going to get injured going to the trampoline — he got injured on the driveway to the trampoline, fell, broke his arm. And we weren't sure what was going on. It was in the evening, so I splinted it up and we wrapped it up, and the decision was, okay, do we go to the ER? We thought it was a sprain but weren't sure, took every precaution and decided to go in the next morning. I mean, the cost difference — certainly, if he had been more seriously injured, we would have taken him in. That doesn't become part of the question.

But when it's those types of things, do you keep your child home from school and take him the next morning to the doctor because of a cold or a flu or something like that, versus taking him into the emergency room. If you don't have any cost difference, you know, you'll make different decisions. So, you know, there's gonna be some shifts. And I get it, shifts are uncomfortable.

If he had been "more seriously injured?" One wonders what, in Huizenga's mind, would constitute a "serious" injury, if a broken arm does not qualify as such.

And beyond that appalling calculation, his argument is simply laughable on its face, for many reasons. Patients are not required to know the difference between x-rays and MRIs — that is what doctors are for. Patients also are not supposed to decide what treatment is appropriate for a medical condition based on cost; they are supposed to be able to leave those decisions to doctors who will make assessments based on need and efficacy.

And there is also the fact that delaying treatment for a serious medical condition that any reasonable person would recognize as needing professional medical attention is what the US government's Office on Child Abuse and Neglect calls "Medical Neglect." The agency also notes:

A lack or delay in health care may occur because the family does not have health insurance. Individuals who are uninsured often have compromised health because they receive less preventive care, are diagnosed at more advanced disease stages, and, once diagnosed, receive less therapeutic care.

A broken arm certainly qualifies as a serious medical condition, especially in a child. As a member of the House of Representatives, Huizenga does not have the excuse of no health insurance to cover up his neglect of his child's medical needs. Before the Affordable Care Act, millions more Americans without health insurance were forced to make gut-wrenching decisions between medical care and financial hardship (millions still do), and Huizega's tale is a cruel insult to them.

It is extremely hard to believe that anyone with taxpayer-provided health insurance would risk permanent damage to their child's body by delaying medical care. And it is incredibly strange and alarming that a Congressman would use an anecdote that to many would look like child endangerment, or even abuse, to attempt to justify his already terrible argument against providing health insurance to all Americans.

But while his statements may have been repulsively novel, Huizenga is certainly not alone in the overall goal of ripping up the Affordable Care Act. Which is why Americans must continue to fight these dangerous Republican efforts to endanger us and our children.

This cop made a bigoted video calling for murder — and he still has...