Home National This season of thanks is a season of fear for Black families
Support progressive journalism.
Donate today 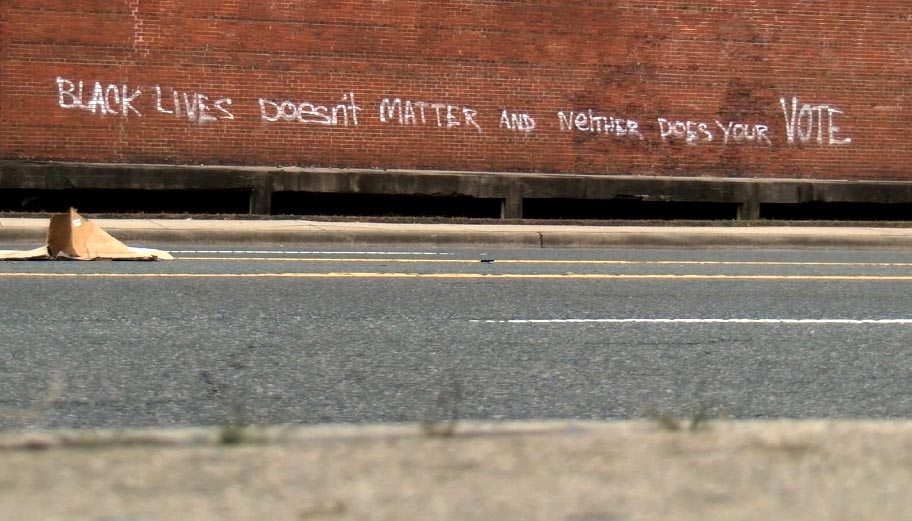 As many Black parents celebrate our college students’ return home for Thanksgiving, the explosion of hatred on university campuses in the wake of the election has tainted Black families’ tables with fear and frustration.

This Thanksgiving, many of my friends are excited to welcome home their beloved children from college. I will soon send a child to college and know that I will experience that bittersweet mix of emotions when she leaves and then returns for precious holidays.

But this year, our typically joyous season of Thanksgiving is laced with fear. The countless media stories of violence and racially-motivated provocations on college campuses in the wake of the presidential election are not just headlines for us. These stories are personal and all too real.

Behind all the recent bashing of “identity politics” and theorizing about whether too much attention is being paid to minorities, women, the LGBTQ community, immigrants, and other marginalized groups to the “detriment” of election strategies, there are real people. Real Americans. Flesh and blood parents who cherish their children and fear for their safety when they are out of reach.

And children who look like mine, young people I actually know, who are moving into adulthood and preparing for careers in educational spaces where their focus is meant to be on their studies, not on whether they will be victimized by racist hatred.

There is the friend with a son at Penn, where black students’ names were placed on an Oklahoma GroupMe account’s lynching list. There is another friend with a child at Amherst, where racist posters were put up on campus. I know students at NYU, where the door of the Muslim prayer room was vandalized and scrawled with the word “Trump!” I am a native of Texas, where a Black female student was pushed off a sidewalk and called the “N-word” by another student, who declared the sidewalk to be for whites only. And my family is preparing to do a college tour of University of Michigan, the site of verbal and physical assaults on Muslim students.

Racial slurs. Swastikas. Chants of “build the wall.” Gay-bashing. Threats. Assaults on women. Physical violence. There have been an unfathomable number of these incidents at American colleges and universities since the election.

Last year I wrote an article for Huffington Post reflecting on a University of Oklahoma frat kid’s racist chant that was caught on video. He graduated from the brother school to my high school alma mater, which admitted Black students before the Dallas public schools opened their doors. At the time, I found it out of character with our high schools’ histories and tradition of openness that I had experienced as a student there thirty years prior.

But perhaps that incident was instead a peek at the ugly thing we're seeking now, a glimpse of what was lurking and waiting to reemerge once given tacit permission.

I have shared the rundown that I and my friends and other Black parents around the country regularly give our children on how to behave in the presence of law enforcement. But our fear for our children becoming another statistic now transcends police profiling to how they may be treated by their fellow students, campus communities, and even roommates.

Democrats did not just lose the election. Many of us lost what little tenuous sense of safety we had as well.

And while white supremacists celebrate their white identity at a conference in the nation’s capitol with Nazi salutes to the next president, a number of public commentators, even some ostensibly on the same side, seem to blame people like me and my children for what is happening to us.

We are not to blame. And we are thankful for those who have the decency to agree.