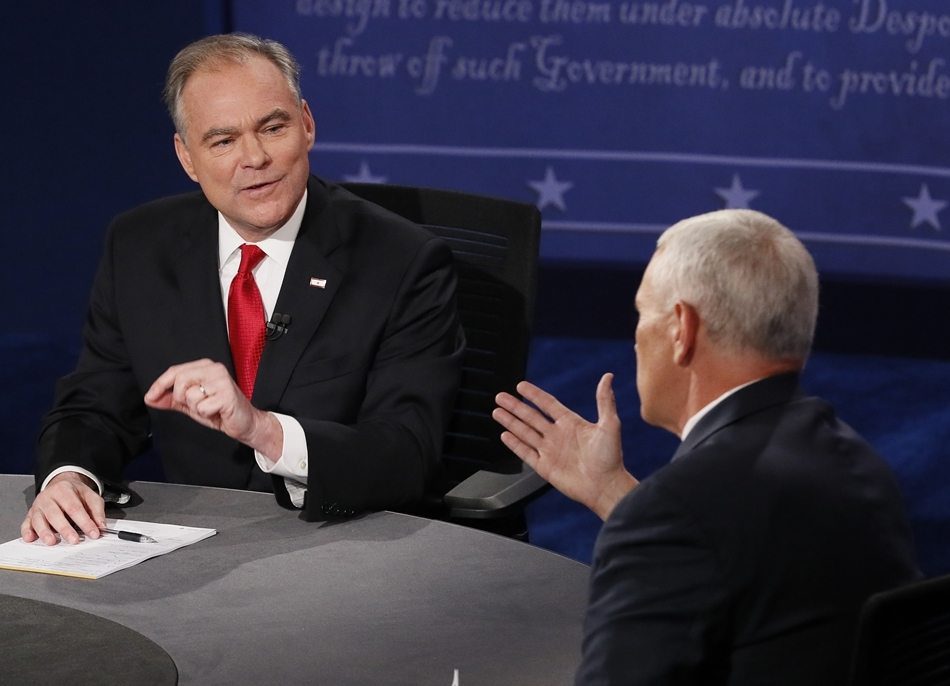 At the vice presidential debate, Tim Kaine showed precisely why Hillary Clinton chose him as a running mate. He hammered Trump on taxes, went into detail on the issues, and made a compelling case for his running mate.

Tim Kaine is not just an affable person, but a highly accomplished public servant with a comprehensive grasp of the issues. His debate performance against Mike Pence was exceptional.

Here is a sample of the feedback:

Tim Kaine did a good job memorizing & reciting Trump's most offensive comments of the campaign to date, & it's quite a list.

"Why don't you trust women? Why doesn't Donald Trump trust women?" has to be Kaine's clearest strongest line. Sounded heartfelt.

Pence was for Pence. Kaine was for Hillary https://t.co/KB0njRop1i

USC student's (aka a ~young~) reaction to the debate: Tim Kaine did his job because he brought up "horrific" things Trump has said #VPDebate

“Why doesn’t he trust women?” Kaine is doing a great job of framing the abortion question as a personal freedom one. #vpdebate