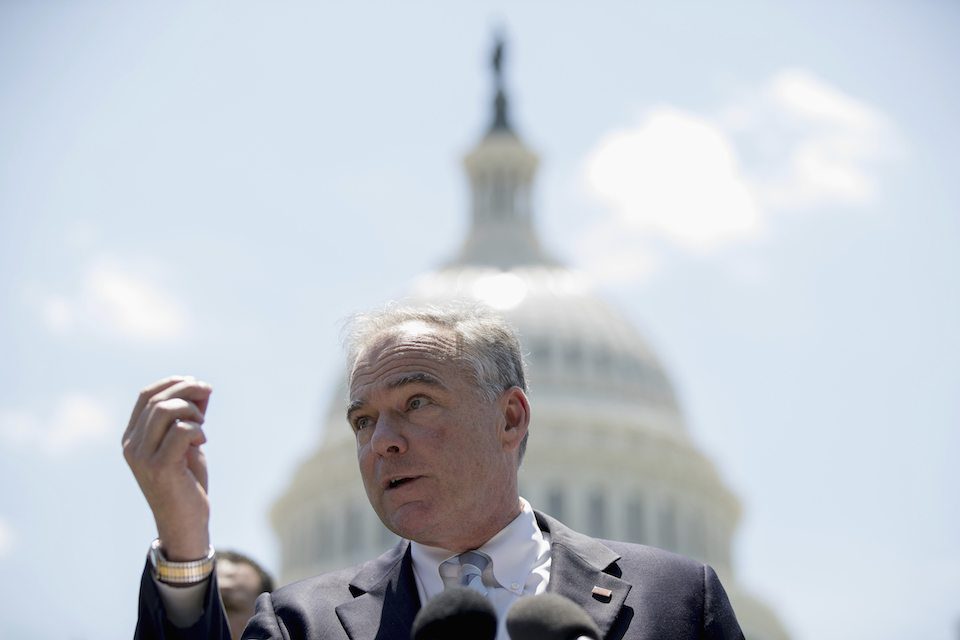 The Trump team's apparent collusion with Russia, and the White House's attempts to cover it up and obstruct the investigation, is turning into something far more serious.

The story of the Trump team's collusion with Russia keeps getting worse by the minute.

During the campaign, Donald Trump called on Russia to hack Hillary Clinton's emails. At the time, Trump's blatant ask that Russia help him win the election was largely dismissed as a joke, but no one is laughing now.

In recent days, we have learned that Trump's son Donald Trump Jr. held a secret meeting specifically seeking opposition research from a Kremlin-linked attorney. He is one of more than half a dozen current and former Trump advisers to hold a secret meeting that he failed to disclose.

And as Sen. Tim Kaine (D-VA), who as Hillary Clinton's running mate in 2016 certainly understands as well as anyone how nefarious Russia's interference in the election was, told a reporter on Tuesday, it's no longer just about collusion, or even the coverup of apparent collusion. It could in fact be treason.

REPORTER: Do you think this is treason?

KAINE: The investigation, it's not — nothing is proven yet, but we're now beyond obstruction of justice, in terms of what's being investigated. This is moving into perjury, false statements, and even potentially treason.

This is no casual assertion for Kaine to make. But given the myriad details that have emerged in recent months, and in the last few days, it seems he could very well be right.