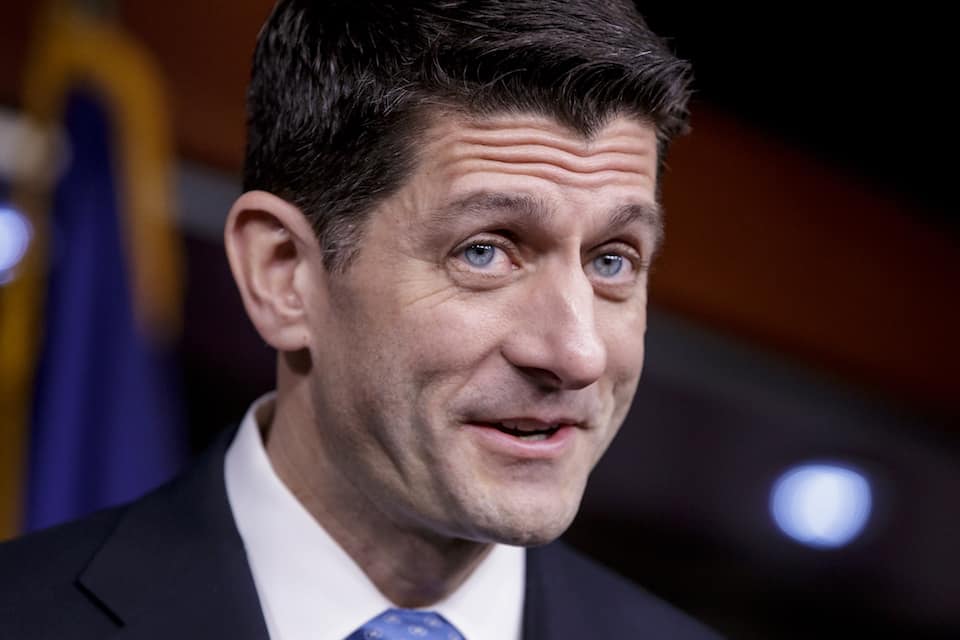 Instead of facing his constituents at a town hall, House Speaker Paul Ryan (R-WI) was caught spending the congressional recess on vacation at Universal Studios Hollywood.

TMZ found Ryan "strolling the grounds in a cerulean blue shirt" and reported that another theme park visitor saw him "at Ollivanders, where Harry Potter got his magic wand." (Ollivanders is part of the Wizarding World of Harry Potter, one of the signature attractions at the California park.)

The gossip website also caught the Speaker on video, casually walking around the vacation destination with a popped collar (no audio):

Ryan is coming off of one of the biggest debacles in congressional history, leading the failed attempt to repeal and replace the Affordable Care Act.

Even after having seven years to prepare for it, and with Republican majorities in the House and Senate and a Republican president, Ryan was unable to convince his party to endorse his major policy proposal. And their attempt to take away health insurance from 24 million people was a total disaster.

As a result, Ryan's approval ratings cratered, making him into the "most unpopular politician in the country," according to Public Policy Polling.

Other members of Congress in both parties have begun facing constituents at local town hall meetings during the recess, while Ryan continues his moratorium on such meetings that has been in place since 2015.

That Ryan has time to stroll around an amusement park, but not to give his own constituents the respect of meeting with them face to face, makes it perfectly clear why those voters have nothing good to say about him.