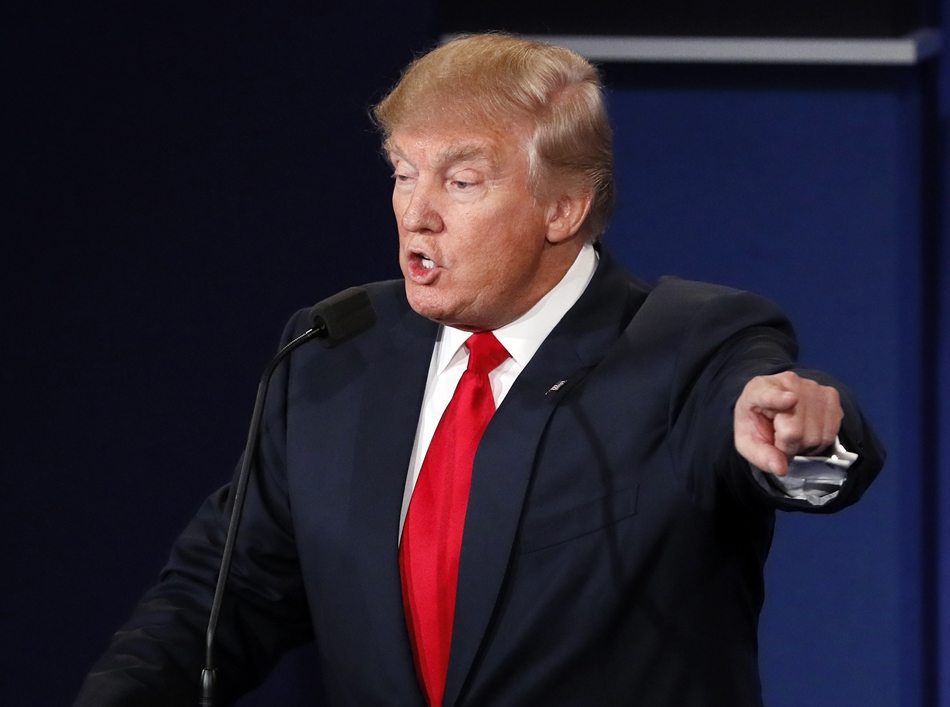 One hundred days ago, I was ready to give up. I believed we were doomed. Might as well lie on the beach and drink until the Trumpocalypse comes.

At the very moment Donald Trump became president of the United States, I was drunk on a beach, trying to pretend it wasn't happening.

Like everyone I know, and millions of Americans I don't, I'd spent the two months since Election Day swinging uncontrollably between utter hopelessness and gut-wrenching fear. I cried a lot. I drank a lot. My election job had ended in December, and I couldn't even decide what to do with myself.

I'd been a political writer for seven years, but the thought of spending my every day with the new administration — being required to listen to his speeches, to closely follow his positions and policies — made me physically ill. I had already done enough of that during the campaign.

In fact, I'd covered Trump for years. I published my first post about him in 2011, after he claimed on Fox & Friends that because a Black man had won a season of The Apprentice, Trump was not only not racist, but the "least racist person there is." Since then, I'd logged countless hours watching his appearances on Fox to promote his birther conspiracy about President Obama. I covered his announcement that he was running for president, every presidential debate, and every Trump rally through the campaign.

I thought about opting out of politics. I'd get an office job that would pay the rent and allow me to ignore the news for four years, and then maybe, maybe, I'd come back to it. If there was even an it to come back to.

I loved politics. It was the thing my family talked about at the dinner table. I was six the first time I went door-knocking for a campaign. (Granted, it was my for father's ultimately failed run for city council, but I was immediately hooked on the thrill of election night.)

But now, because of this man, this unapologetically racist subliterate bully who laughed — laughed! — about sexually assaulting women, I wanted to run away and block it all out. No more Trump tweets, no more nauseating revelations. I'd be like those people who don't follow the news but always know which Kardashian to keep up with.

So there I was on Inauguration Day, my phone turned off, my head slightly woozy from a breakfast Blood Mary, trying not to think, Oh my god, he's the president now. OH. MY. GOD!

Honestly, I doubted we'd even make it 100 days.

Maybe he would engage us in a war with Russia. Or China. Or North Korea. Or Iran. Or Australia. Or whatever country his short vulgarian finger landed on when he spun a globe to amuse himself.

Maybe he'd see a critical newspaper headline — everyone knows he lacks the patience, and possibly the comprehension skills, to read an entire article — and decide to nuke something. He'd expressed such admiration for nuclear weapons during his candidacy, and such puzzlement about why we had our big bad arsenal if we were never even going to use it.

Here we are. One hundred days since the KKK-endorsed, pussy-grabbing candidate took office, and we are still alive. We are still a country. We still have a functioning justice system in place that can stop him and his rancid policies — even as he makes idle and absurd threats to dismantle that too.

We have Democrats in elected office who have shown surprising grit and unity, and candidates who are turning traditionally safe red seats into competitive districts that have the GOP in a full-blown panic.

And we still have Obamacare. After seven years of Republicans shrieking about it, threatening to shut down the government over it, and dragging the country through litigation all the way to the Supreme Court — twice — to try to kill it, we still have the health care reform law that has given millions of Americans access to affordable health care they would not otherwise have.

I am one of them. On that darkest of nights in November, I was sure Republicans would finally fulfill their yearslong fantasy of returning us to the pre-Obamacare era, when insurers could charge a because-you're-a-woman premium (ding!) and deny coverage for people with pre-existing conditions, like, say, an irregular Pap smear (ding! ding!) or treatment for depression (ding! ding! ding!).

But that didn't happen. The Republican "plan" failed before it even started, thanks to jaw-dropping incompetence by the Trump administration, a GOP at war with itself despite its November victory, and, most importantly, the huge national resistance by everyday Americans who filled town halls and burned up the phone lines to Congress and told pollsters that actually no, they did not want to lose their Obamacare after all.

One hundred days ago, I was ready to give up. I believed we were doomed. Might as well lie on the beach and drink until the Trumpocalypse comes.

Now I believe, I know, we have a fighting chance. The resistance is more than a slogan; it's a fierce devotion to saving our country — our brilliant and flawed country — and ourselves, in spite of the damage we seem destined to self-inflict time and again.

With every defeat, Trump grows weaker, and the opposition to him grows stronger. And if we keep fighting, even when it feels impossibly hard and hopeless, we just might make it through this dark Trump era and find our way back to the America we should always strive to be.