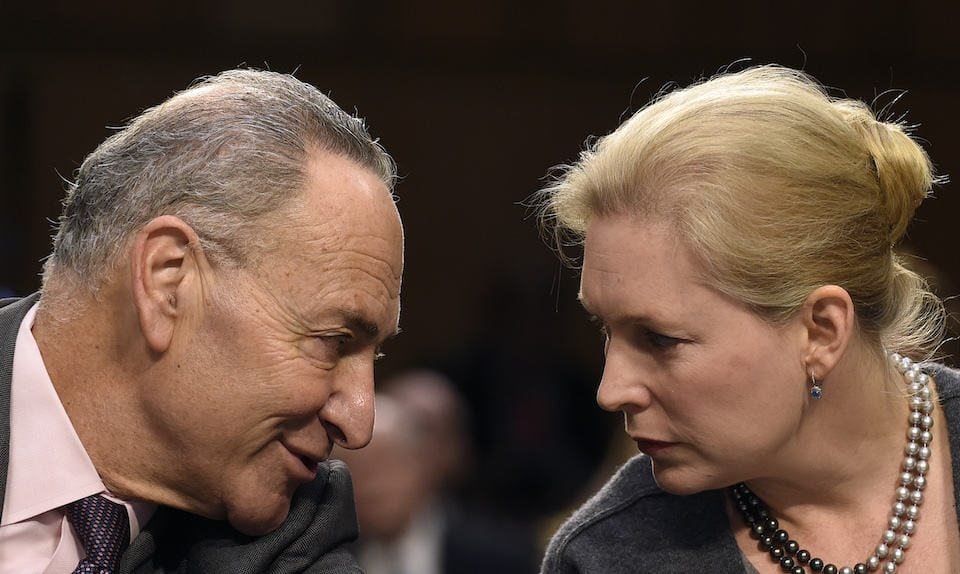 Democrats are demanding that a special prosecutor be appointed to investigate Donald Trump and Russia before a new FBI director is given a vote in the Senate.

After Donald Trump fired FBI Director James Comey — in the midst of that agency's investigation into the connections between Trump's campaign and Russia's election interference — leading Democrats are demanding that a special prosecutor must be appointed to continue that probe before the Senate votes on a new FBI director.

Revelations that Trump gave highly classified information from a close ally to Russia one day after firing Comey only increase the urgency to pursue this strategy.

Comey's dismissal was the latest in a series of firings and demotions with connections to the Russia inquiry based on Trump's personal orders.

Senate Minority Leader Chuck Schumer told CNN that he did not believe the Senate should confirm a new FBI director until the Department of Justice had put a special counsel in place. He added, "I think there are a lot of Democrats who feel that way."

Indeed, other Democratic senators have gone on the record in agreement with Schumer.

New York Sen. Kirsten Gillibrand described the firing and Trump's related behavior a "subversion of justice," and said, "I believe that we should not actually vote on an FBI Director replacement until there is a special prosecutor."

And Virginia Sen. Mark Warner said, "I think that we ought to frankly hold off on the FBI director until we get the special prosecutor," a sentiment that was echoed by Maryland Sen. Chris Van Hollen, who said, "I really think the appointment of a special prosecutor should come before consideration of a new FBI director."

Republicans would need to hold their entire caucus together to vote for a new FBI director if more Democrats agree with Schumer and others. Thus far, no GOP senators have pushed for an independent probe, and in some instances, they have backed up Trump's stonewalling and dodging efforts to find the truth about what happened.

If the Democrats hold, it will again show up Republicans for valuing the Trump presidency over the safety of America and the integrity of its elections.