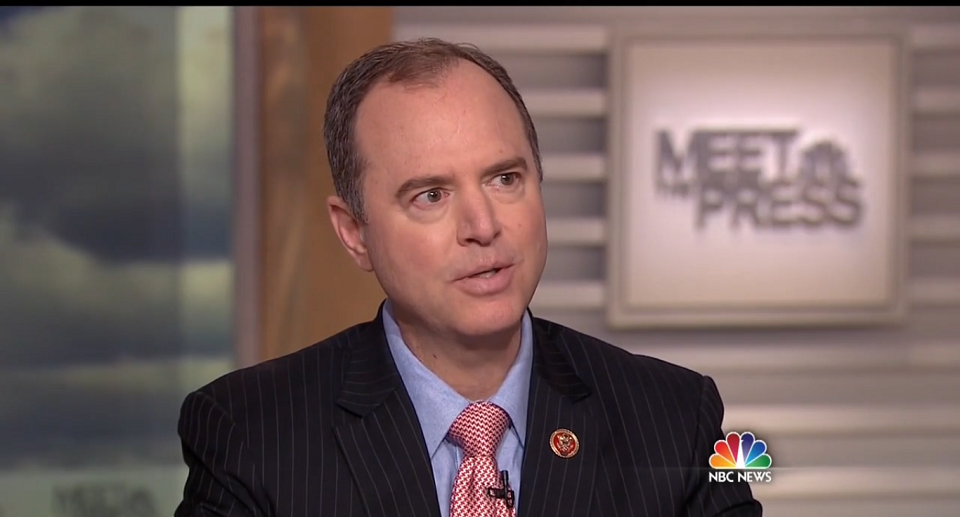 The investigation into Donald Trump and his associates' possible collusion with Russia continues to heat up.

Nunes later appeared to confirm surveillance of someone in the current White House, and now Senate Intelligence Committee Ranking Member Adam Schiff (D-CA) has dropped his own bomb, as well.

Despite Republican assurances to the contrary, Schiff told Meet the Press host Chuck Todd that there is at least "circumstantial evidence of collusion," and direct evidence of "deception":

I would characterize it this way, at the outset of the investigation: There is circumstantial evidence of collusion. There is direct evidence, I think, of deception, and that's where we begin the investigation. Now I don't want to prejudge where we ultimately end up, and of course, there's one thing to say there's evidence, there's another thing to say we can prove this, or prove it beyond a reasonable doubt, or there's enough evidence to bring to a grand jury for purposes of criminal indictment. But there is certainly enough for us to conduct an investigation. The American people have a right to know, and in order to defend ourselves, we need to know whether this circumstantial evidence of collusion, and direct evidence of deception, is indicative of more.

Schiff's revelation is significant on its own, but even more so because he is one of a handful of lawmakers present for that classified briefing with Comey.

Both Schiff and Nunes are hinting at much more than was previously known. The only question now is whether Comey will discuss these revelations in public this week, or if these details will have to wait until the investigations have run their respective courses.