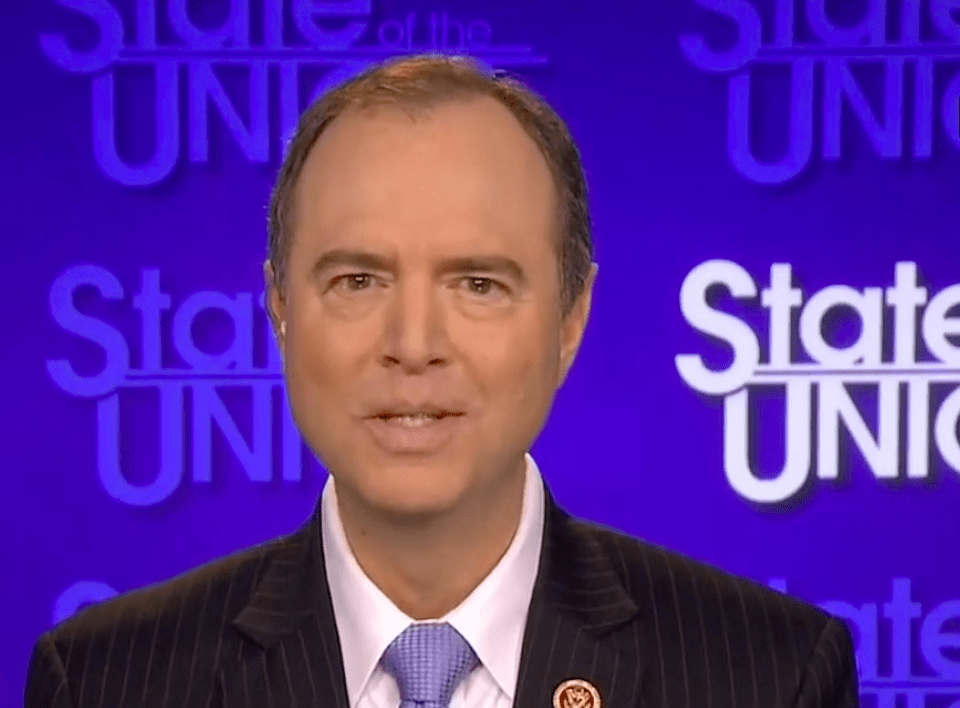 The Trump administration has openly struggled in their attempts to justify the lie about President Obama wiretapping Trump Tower — but it may be Donald Trump himself who occupies the hot seat before long.

The plot continues to thicken around the White House's attempt to cover up their coordination with House Intelligence Committee Chairman Devin Nunes (R-CA) to leak classified information, and otherwise obstruct that committee's investigation of the Trump administration.

On Friday, members of both the House and Senate Intelligence Committees were invited to the White House to review the materials that they say relate to the "unmasking" of administration officials, which is the issue that Nunes raised in Trump's defense.

House Intelligence Committee Ranking Member Adam Schiff (D-CA) was one of the members to view those materials, and he had some very interesting observations to make about them on CNN's State of the Union, as well as an intriguing hint at a future target for testimony:

And the second point was also made to me, and this is, I think, was also underscored by Sean Spicer and that is: It was told to me by the deputy assistant, that these materials were produced in the ordinary course of business. The question for the White House and Mr. Spicer is, the ordinary course of whose business? Because if these were produced either for or by the White House, then why all of the subterfuge? There's nothing ordinary about the process that was used here, at all.

And Jake, I think the answer may come from the president, himself, and you can say a lot of things about the president, but one thing you cannot say is — he's not subtle. And I think his tweets tell the story, and the story is, 'Look over there at leaks' and 'look over there at anything the Obama administration we can claim did wrong on incidental collection or anything else. But whatever you do, under no circumstances look here at me or at Russia.'

Schiff raised important questions that have obvious, if unconfirmed, answers. White House Press Secretary Sean Spicer went to pieces when asked if Trump personally directed the Nunes cover-up, and Schiff is correct that the best person to answer that definitively is Trump himself.

Even Nunes has previously expressed a willingness to subpoena the Trump administration, and Schiff's remarks seem to suggest that Trump's tweets may end up putting him in the hot seat, under oath, before Congress.

The only question, then, will be if Trump asks for immunity.